Glenart students card is the business 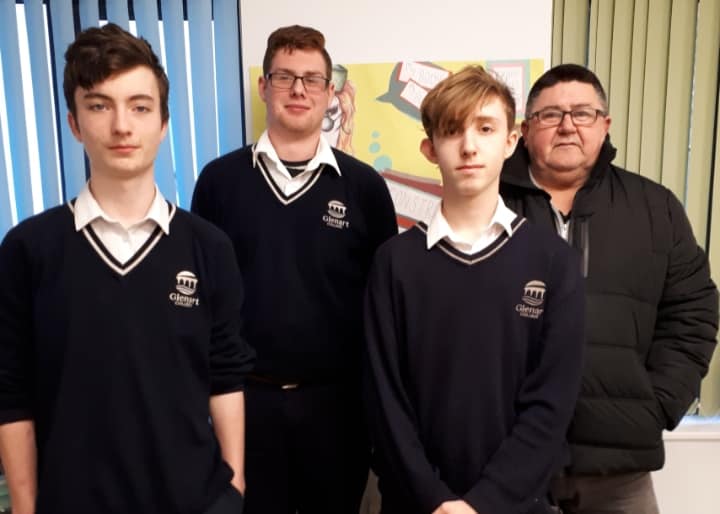 211
SHARES
ShareTweetSubscribe to our Newsletter
#mc_embed_signup{background:#fff; clear:left; font:14px Helvetica,Arial,sans-serif; width:100%;} /* Add your own MailChimp form style overrides in your site stylesheet or in this style block. We recommend moving this block and the preceding CSS link to the HEAD of your HTML file. */

StudentDiscountCardArklow (SDCA) are a transition year mini-company from Glenart college in Arklow.

The three students who came up with the idea are Jordan Killeen (17) from Arklow, Ben Usher (16) from Brittas Bay and Ben Kelly (16) from Avoca.

They were supported by their teacher Ms Orla Keane and their principal Ms Louise Kearns.

The students had two goals in mind when they set out on this project, one was to bring a sense of equality between secondary and college students by introducing a card to their schoolmates which would help their budget locally, and secondly to help local business in Arklow by encouraging students to shop local.

How the plan works is fairly straightforward, the three students had no funding so they approached local business with their plan and a proposal. There were three price plans for advertising, €10, €50 and €70 and already 18 businesses have signed up. 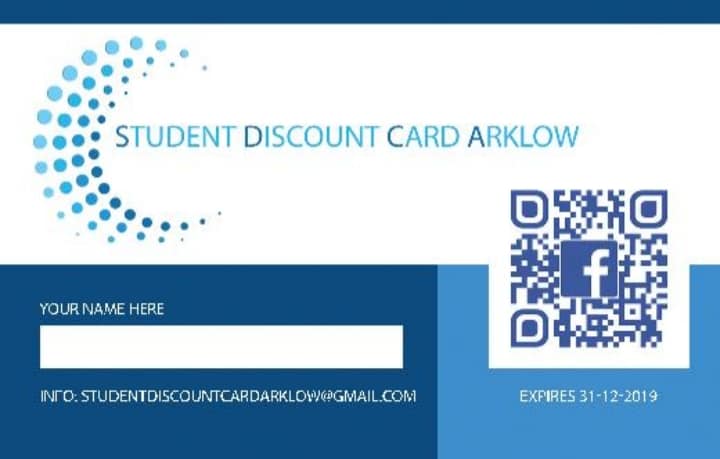 So there is already a wide range of discounts for students who have a card which is available for Just €5 and will be reissued every school year to offset the cost of printing the high quality plastic cards. The students who can avail of the cards are Glenart college, Christian Brothers school and St. Marys college but there are plans to extend to other secondary school students who would like to come and shop in Arklow.

The three students met with Tommy Breen and Angeline Pluck at the youth centre to discuss the plan and they both thought it was a very innovative and creative idea. Tommy suggested we open it up to extracurricular activities in the town such as dance, music and drama groups and also sports clubs and everyone should embrace and accept the card stated student Jordan Killeen.

Some student cards have already been released on a trial basis with very positive feedback from both the students and local retailers so the cards will be fully launched for the new school year beginning in September. Any business, group or club who want to get involved are asked to get in touch over the coming weeks and any student who wants to avail of a card now can do so by email or contacting the facebook page.

Arklow Town FC have already shown an interest in getting involved and Yvonne Kenny from the Arklow Music and Arts group is also bringing it to their committee as they have students involved in every aspect of the Arts and thinks this novel idea will help to get more young people involved. Tommy Breen and youth leader Linda Lambert from East Wicklow youth service nominated the three students for a Garda community award.

On Tuesday the 13th of March the three students were in Wicklow for the Mini companies County finals at the Enterprise office. There were 42 other mini companies in the competition and the lads had to make a Dragons Den type pitch in a room with the judges. StudentdiscountcardArklow won the award for being the most innovative mini company in County Wicklow and received €100 and a certificate.

Tommy Breen stated that Arklow business people should get behind this mini company who originally set out to encourage students to shop local and help to revitalise our town. It is a very simple process to register your shop, club or group and gain new customers or members.
Contact the lads on facebook @Arklowdiscountcard or email StudentDiscountCardArklow@gmail.com or phone 0851948637.

PrevPreviousWater disruptions in Broomhall, Wicklow Town and surrounding areas
Next870 students from Wicklow and surrounding counties speak out on social issues at regional eventNext

Raw Sewage in Wicklow Waters a Concern for All

New Defibrillator for the Arklow area