Liam Scales called up to Ireland U21s for 2021 Euro qualifier 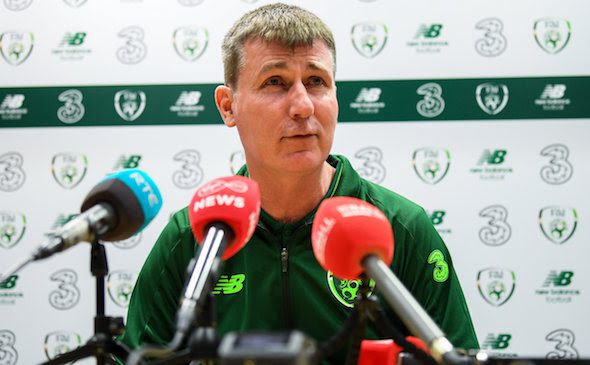 UCD defender Liam Scales has been called up to the Ireland under-21 squad for their UEFA 2021 European Championships qualifier against Luxembourg on the 24th of March.

Manager Stephen Kenny named his 23-man panel on Wednesday afternoon, with Scales (20) being retained from Kenny’s training camp squad back in February.

The former Arklow Town man is one of two UCD players to have made the cut, as he is joined by striker Neil Farrugia.

Meanwhile, a total of eight League of Ireland players have been named in the squad. Waterford duo Zach Elbouzedi and Aaron Drinan have been called up alongside Darragh Leahy and Dan Mandroiu from Bohemians, Trevor Clarke from Shamrock Rovers, and Jamie Lennon from St. Patrick’s Athletic.

The biggest news coming out of the squad announcement is a call-up for Troy Parrott. The 17-year-old Tottenham Hotspur striker and Dublin-native is one of the most exciting emerging Irish talents, having been ear-marked by Spurs boss Mauricio Pochettino as a potential heir to the likes of Harry Kane and Heung-Min Son.

Parrott has been rewarded for his terrific performances for the Spurs U-18s with his first U-21 cap, having scored 11 goals and made three assists in the U-18 Premier League so far this season.

Wednesday’s news follows on from the UEFA Executive Committee revealing that the UEFA U-21 European Championships will expand from 12 teams to 16 teams. The finals, which are set to take place in Hungary and Slovakia in June 2021, will now have four further teams in the finals competition.

Ireland vs Luxembourg in the 2021 UEFA U-21 European Championships Qualifiers takes place in Tallaght Stadium on Sunday, the 24th of March, with kick-off at 5pm. Tickets are currently available via Ticketmaster HERE.