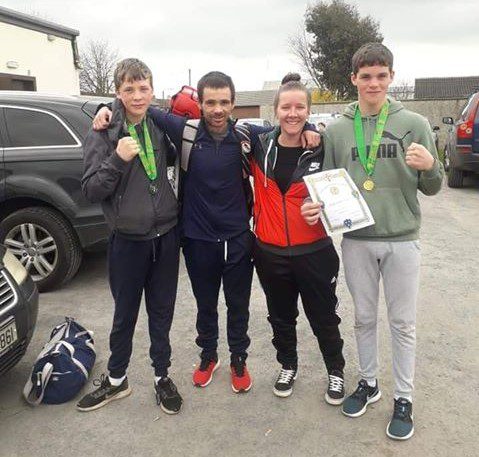 Adam Sinnott is the boys lightweight Leinster champion following victory over Abho Byrne, while brother Dylan was denied at the last hurdle by Shane O’Brien at super flyweight.

The finals of the 2019 B1 Leinster Championships took place in Athy on Saturday, with the young Sinnott siblings both representing Rathnew boxing club in their respective classes.

That was not the end of the Leinster success for Wicklow clubs, as St. Teresa’s trainee Oisin Coster claimed first-place, while two of his fellow Bray boxers finished second.