Reid irresistible as Blessington get off the mark in Division Three 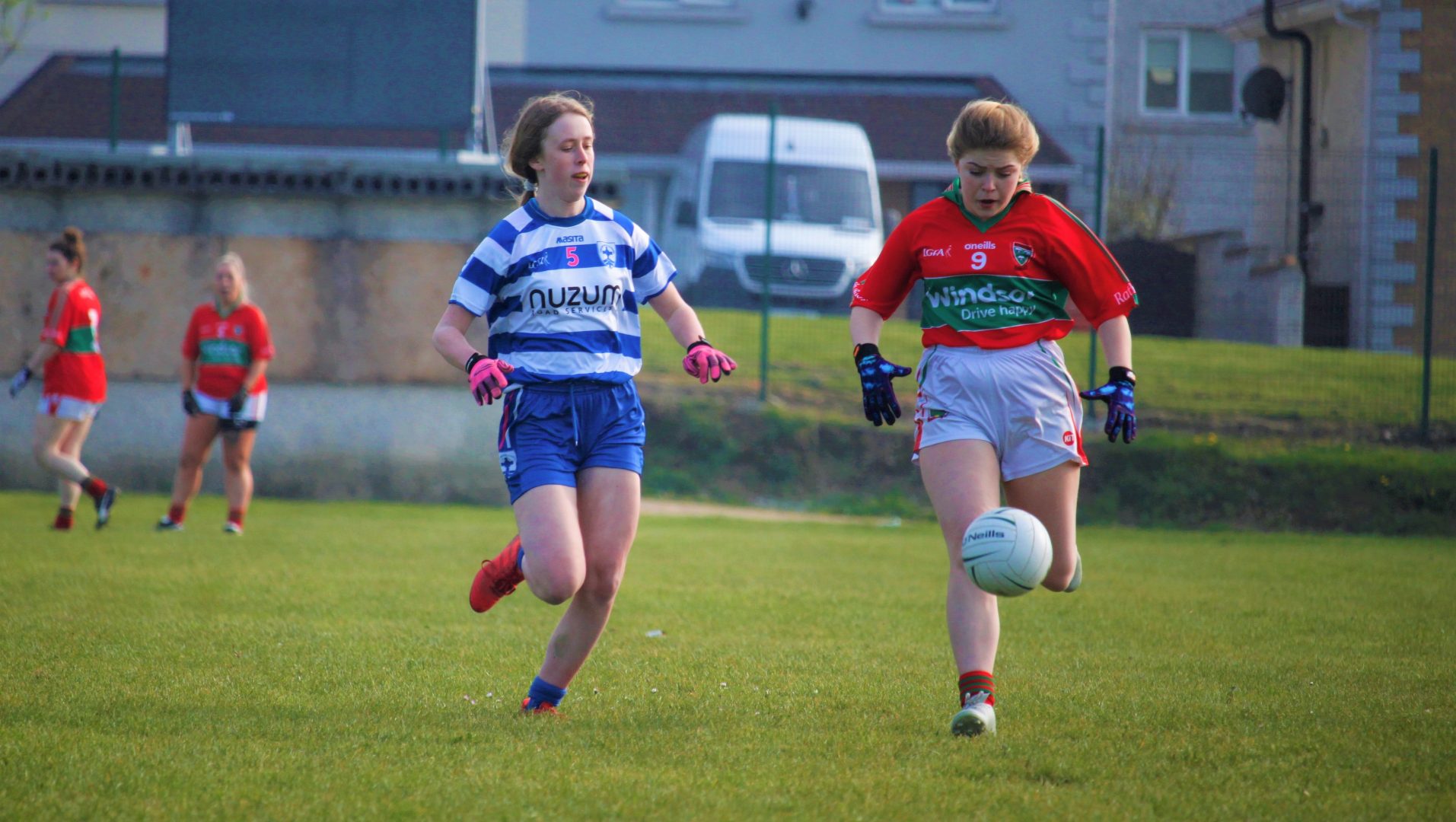 116
SHARES
ShareTweetSubscribe to our Newsletter

Maura Reid was in irrepressible form, as Blessington claimed their first win of the 2019 division three league season with a win away in Rathnew on Sunday afternoon.

In their second game of the campaign following their 5-09 to 2-02 defeat to An Tóchar three weeks ago, Blessington set out their stall early on; Niamh Kinsella scoring two goals as the visitors went into the half-time with a 2-04 to no score lead.

Rathnew put in a much improved second-half performance, only to be met by resistance from the superb Maura Reid in the visitors’ goals, as the shot-stopper denied the hosts goals on several occasions to help Blessington on their way to a valuable win.

The problems for Rathnew started early against Blessington on Sunday, as the away side utilised a high-press on their opposition’s kick-outs. This tactic proved fruitful, as Sorcha Nolan (2) and Emma-Rose Higgins put Blessington into a three-point lead within 11 minutes.

A third Sorcha Nolan point followed, before Rathnew finally managed to fashion an opportunity at the other end, only for Clodagh Irwin to see her goal-bound shot saved by Maura Reid in the Blessington goal.

That scare sparked the visitors into action, when — less than 60 seconds later — Niamh Kinsella bundled home at the back post to extend Blessington’s lead to seven points over a still scoreless Rathnew.

Matters went from bad to worse for Rathnew a minute later, when Kinsella gathered the ball at the back stick once again, before firing the ball into the top corner beyond Megan Murphy in the Village goal.

Nolan had a further shot at goal blocked down by Leah Murphy — one of a host of Rathnew substitutes made half-way through the first-half — as Blessington went into the interval with a comfortable 2-04 to no score lead.

The second-half was far less straightforward for Blessington, as Maura Reid held out a carefree Rathnew team to maintain the visitors’ advantage.

Sorcha Nolan got the second period scoring up-and-running with a point, before Samantha Vickers fed Natasha Byrne for the hosts, only for Byrne to strike Reid’s right-hand post.

Rathnew finally opened their account with 10 minutes of the second-half gone, when Abbey O’Loughlin passed the ball onto Byrne, who subsequently fed it on to Leah Murphy for the point.

Two minutes later, Natasha Byrne passed up another golden goal-scoring opportunity, when she cracked the ball off the bar off of a Clodagh Irwin pass, with the ball bouncing up and off the line.

As the pressure intensified on the Blessington goal, the game turned into the Maura Reid show, as she denied Leah Murphy and Shannon Bradshaw with quick-fire saves, before Irwin took matters out of Reid’s hands with a point.

Irwin doubled her account with another point after being fed by Samantha Vickers. However, with less than 15 minutes on the clock and nine points in the difference, it was goals that Rathnew needed if they wanted to get back into the game.

Unfortunately for the Village, Reid was in formidable form. Leah Murphy saw yet another shot saved, before Reid followed that up to intercept an Irwin pass over the top.

Blessington, who struggled frequently to mount any sort of offence in the second-half, went up the other end to score their third goal with just three minutes left on the clock. A high ball over the top was misjudged by one of the Rathnew defenders, allowing Emma-Rose Higgins to gather the ball, sidestep that same defender, and drill the ball into the bottom left-hand corner, as Blessington sealed an impressive 12-point win.