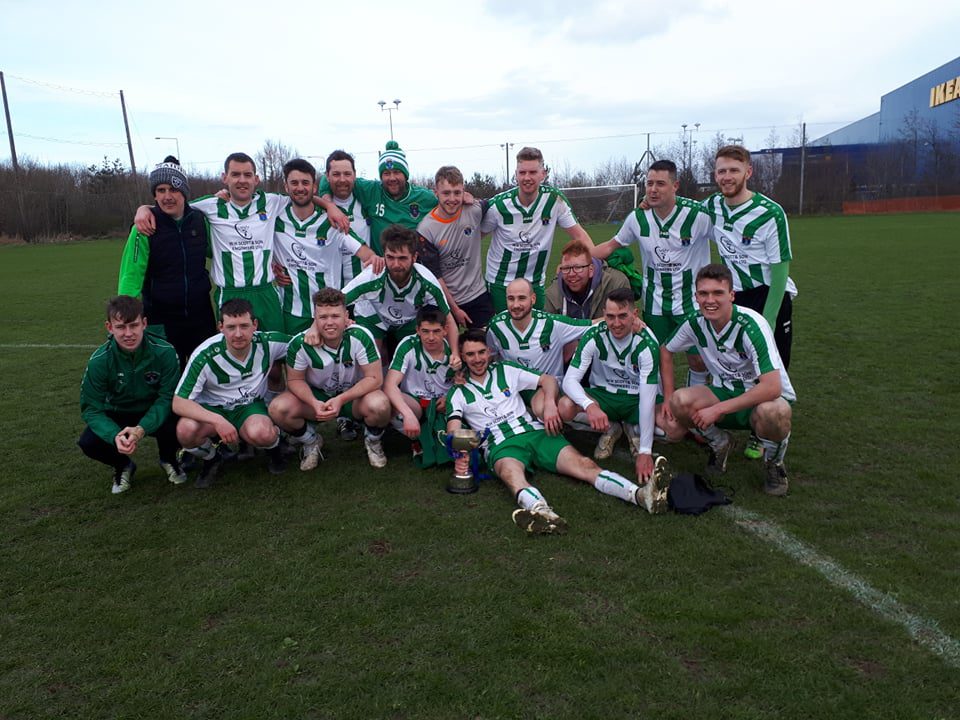 The title was secured following a 4-2 victory away to nearest challengers Ballymun United, who needed a win to keep their title hopes alive. Rovers battled from behind twice with a brace from Tommy Kelly and a goal apiece for Ciaran McGettigan and Jim Foley sealing the deal.

Speaking after the win, manager BA Franey was delighted to end the league title drought, mentioning it was one of his main motivation tools throughout the season.

“I am delighted, it’s obviously a great season once you have won the league. In 21 years playing in the Leinster Senior League, the club hadn’t won a league title. Many great players went through their whole careers having not won one and that is the angle I took with the lads when I became manager.”

“It is my first season ever in management and it has been a huge learning curve. The committee of the club have been a helping hand, not to mention we have a squad of 16 players who all contributed to the success,” said Franey.

Club PRO and regular supporter Jimmy Nolan believes the consistency the team demonstrated throughout the campaign makes them worthy winners.

“It is a great achievement, the lads deserved their title win as they have been very consistent throughout and have put in a tremendous effort. BA Franey and Mattie Byrne have done a great job with the team.  Hopefully they can add the Wally Wynne Cup to their title success,” said Nolan.