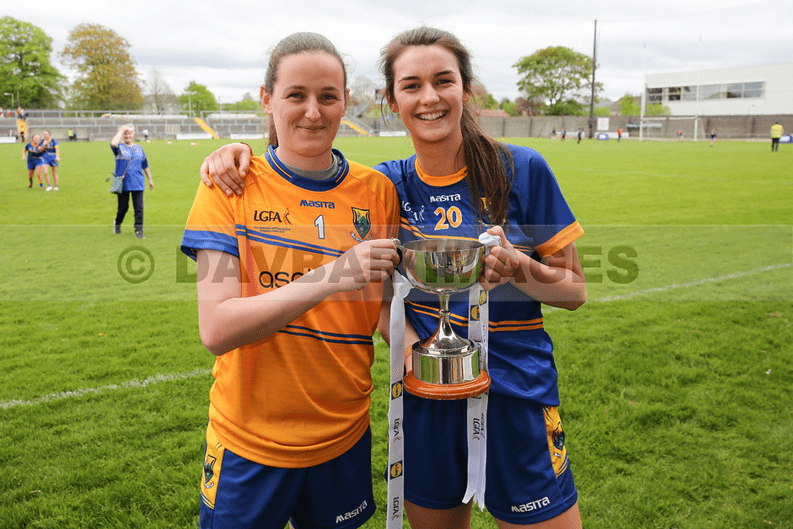 191
SHARES
ShareTweetSubscribe to our Newsletter

Wicklow and Blessington goalkeeper Kim Connors has praised the work that has been put into the promotion of women in GAA, while admitting that there is still work to do to take it to the next level.

Last year, the Federation of Irish Sport, and Along Came A Spider launched the 20×20 initiative with the goal of creating a shift in the perception of women in sport. Since then, 13 double header fixtures involving male and female county football teams have taken place across the country, including Wicklow in February.

Speaking to WicklowNews, Kim Connors said that 20×20 had been a massive help in promoting women’s GAA in Ireland.

“You only have to open social media and it’s right there in front of you. Their tag-line, ‘she can’t see it, she can’t be it’, couldn’t be more fitting. Gone are the days when women would be working away in the background. We are beginning to hold our own,” she said.

“In my opinion, everyone needs a role model. Without the positive female influences in my life, it’s safe to say things would have panned out different for me. All I can hope for is to return the favour to the next generation one day.”

Reflecting on that historic day in Aughrim on which the Wicklow ladies and men both tasted league victory, Connors — who has taken a hands-on approach to developing the sport in Wicklow — said that the support that had been shown for the push for the double-header laid the groundwork for future games.

“Wicklow definitely lead the way there. All we can do is continue to challenge the “norm” . We were given a voice for a reason and it’s about time we started to use it. We can sit and complain about the unfairness and inequality or we can go out and make things happen,” she said.

For #internationaleomensday day my @20x20_ie pledge is to continue to fight for equality in our sport.
💜 💙
I pledge to develop, support and give back to the wonderful young footballers in my club. #ShowYourStripes #CantSeeCantBe pic.twitter.com/99A6uulYkG

While she was positive when looking back on the progress that has been made, Connors said that there is still work to do across the board.

“Well, the initiative is based around increasing participation, coverage and attendance, so in relation to Wicklow I would love to see us boast the same numbers as the male side. Short term we need to tackle the drop out rates for females in their teenage years to even think about achieving this.

“As for coverage, I honestly think that the more people attend our games the more they will want to. The ladies game is changing so much, it’s played at such fast tempo and at a high standard. I guarantee if you go to one game you’ll be back for more.”