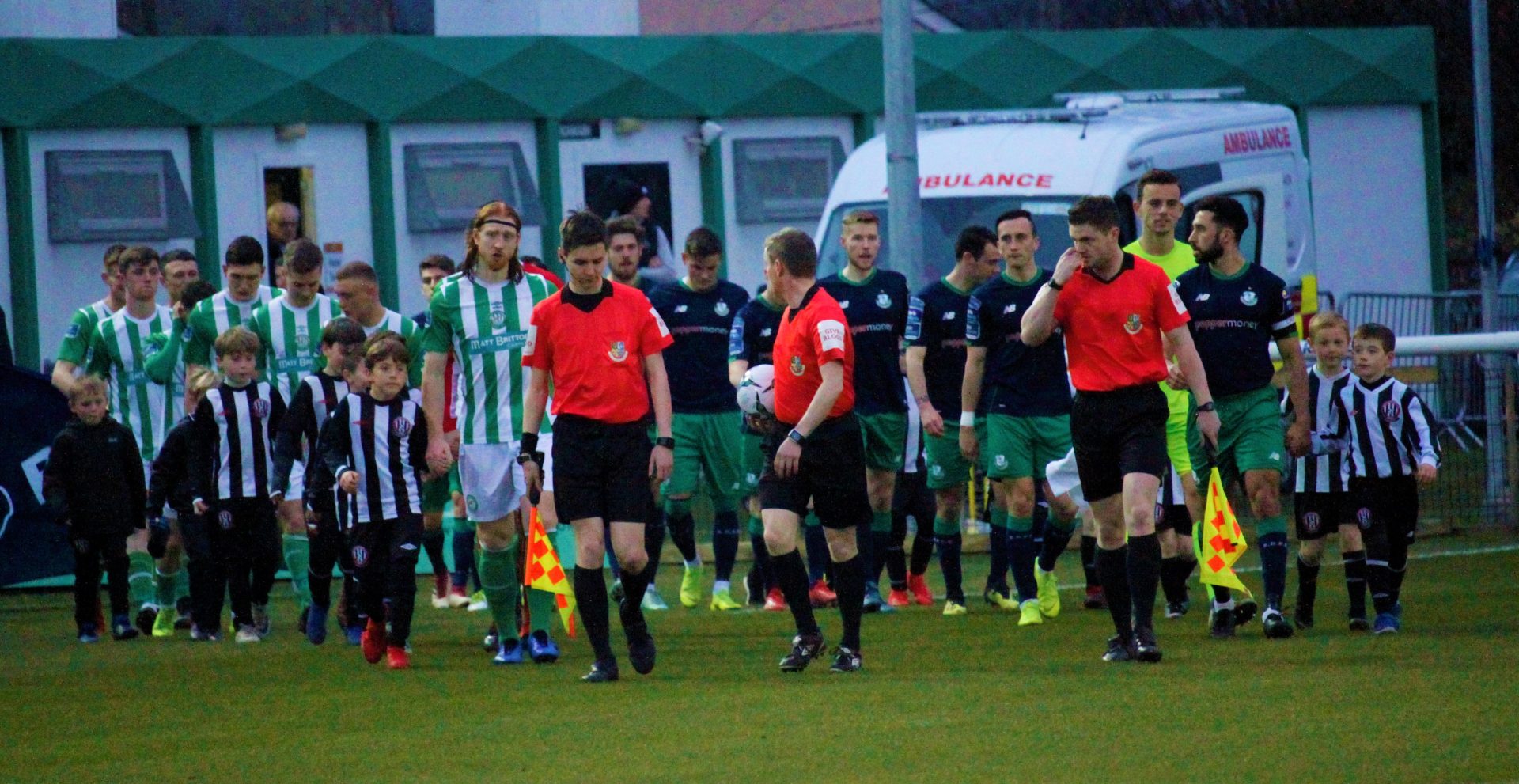 Bray Wanderers manager Gary Cronin has praised the workrate and attitude of his young players following the Seagulls’ victory over Shamrock Rovers in the EA SPORTS Cup on Monday night.

Cronin made four changes to the team that beat Cobh Ramblers in the league last Friday, with Darragh Gibbons (20), Brandon McCann (23), and Luka Lovic (20) coming into the starting 11, while Hugh Douglas (25) wore the captain’s armband, and Cian Maher (17) came on as a second-half substitute.

The changes paid off, as an impressive Bray Wanderers knocked Shamrock Rovers out of the cup on penalties, leading Gary Cronin to say that he had learned a lot about his players in the aftermath.

“I thought we were excellent,” he told WicklowNews.

“We were obviously against a top, top side, with top players. There was probably a little bit of worry at the start with young players coming in; players like Luka [Lovic] and Brandon [McCann] haven’t got a lot of minutes, and Hughie [Douglas] with his back, and Darragh Gibbons came back for the first time since getting injured against Shamrock Rovers in pre-season.

“We have learned a hell of a lot about our squad tonight. It is difficult when the league games are coming week after week and the lads are doing well, so the younger lads have to be patient. A game like this is fantastic because they can test themselves against the big sides.

“Luka, in particular, grew into the game. He was maybe slow to start but, once his confidence grew, he was fantastic. I have to take my hat off to Brandon McCann as well because he had had limited time as well. They carried out the instructions that they were given, and that is all that I can ask of them.”

Despite their underdog status on the night, Bray were unfortunate not to come away with the victory in regulation time, when Joe Doyle had two good opportunities to add to his season tally.

For Cronin, Bray’s willingness to take the game to their Premier Division opponents demonstrated the confidence that is flowing through the squad.

“We went out with a specific plan: to stop Shamrock Rovers from doing what they do best, which is moving the ball well, and it is evident that they do that,” he said.

“I thought that we did that really well, particularly in the first-half. The way that Shamrock Rovers play, even their back four want to play, so they left a few gaps for us to break, which we did and that’s how we made our chances.

“That’s the part that we really need to work on: putting that ball into the back of the net, but the confidence is high in that regard. We know that we can create chances and that, if we work hard, we have a good chance of scoring goals.”

Bray Wanderers’ next game comes this Friday, when they travel to take on Shelbourne in a key clash at the top of the SSE Airtricity League First Division. Kick-off for the game in Tolka Park is at 7:45pm.