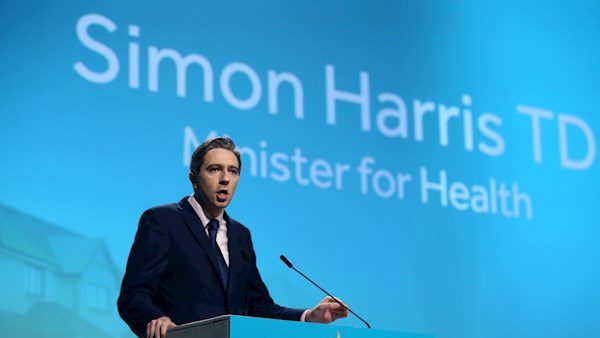 The outcome of the General Practitioner Contractual Reform agreement with the IMO is a major milestone for the health service, according to Minister for Health Simon Harris.

The outcome of the process has resulted in a comprehensive service development and reform agreement in return for very significant phased increases in funding for general practice for the services provided to medical card and GP visit card patients.

Speaking in the Dail on Tuesday, Harris mentioned that the development in bringing extra benefits and services for patients, while aiming to achieve balance between the introduction of new services and the modernisation agenda.

“For the first time we will see the delivery of structured care on a large scale for patients with chronic conditions in the primary care setting. Over 400,000 medical card and GP visit card patients with chronic illness, such as diabetes, asthma, COPD and heart disease, will benefit from new and improved chronic disease management.”

“These patients, who would have been seen in the hospital, are now being seen in the community. They are also patients who, through more regular check-ups, can maintain better health with their chronic conditions,” said Harris.

The new programme, which will see the introduction of measures such as; weekly virtual consultations, therapeutic phlebotomy with their local GP instead of visiting the hospital, among other developments, will commence in 2020 and will be rolled out over a four year period.

“GPs will be paid to provide services for patients with haemochromatosis, which will mean some 8,000 with this condition will no longer have to attend their hospital for therapeutic phlebotomy but can be managed locally by their GP. This could save patients up to three visits a year to the hospital and will also free up very significant resources in the hospital setting.”

“It has been agreed to pay GPs a fee for participation in weekly virtual consultations with consultant cardiologists to discuss patients with heart failure and agree or amend care plans for these patients. This is a really good example of using technology and integrated care, and of hospital doctors and GPs working together to discuss cases.”

These virtual clinics will divert patients from acute settings and outpatient department waiting lists. This will provide 17,500 virtual clinic slots per year when fully implemented during which one or more patients will be discussed,” added Harris.

Harris confirmed that the Government will increase investment in general practice by 40% over the next four years.  The rural practice allowance will also be increased by 10% in 2020 and, for the first time ever, targeted funding of €2 million annually will be set aside to provide additional support to practices in deprived urban areas.

Fianna Fail spokesperson for health and fellow constituent Stephen Donnelly expressed his frustrations at the lack of clarity surrounding the agreement.

“The Members present are the health spokespeople, by and large, and they should have had the information ahead of time so they could give a reasoned response. I am not accusing the Minister – I have no evidence – but this is controlling the message. We should have had this information days in advance. In fact, we should have had it the day after it was agreed with the IMO,” said Donnelly.

Donnelly continued to argue that the agreement is not a new one, but a mere upgrade of existing contracts.

“What we have here is some upgrading of the existing contracts, and some of that is welcome, but that is all it is. The reversal of the financial emergency measures in the public interest, FEMPI, is welcome. It was one of Fianna Fáil’s core demands in last year’s budget, but four years is too long. General practice is on its knees and I would have preferred that it be done in two years, or three years at maximum,” concluded Donnelly.