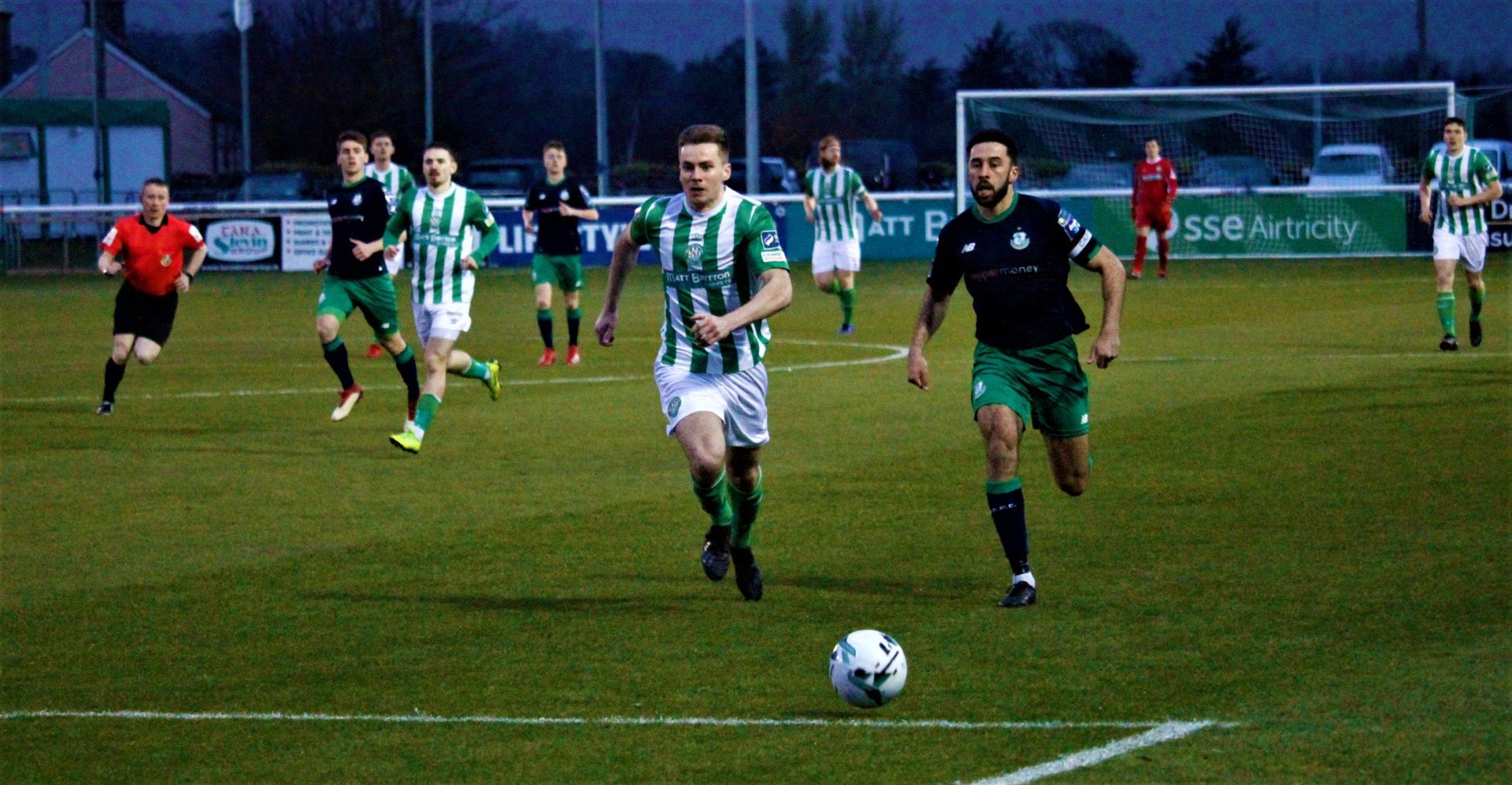 Bray Wanderers have advanced to the quarter-finals of the EA SPORTS Cup for the first time since 2016, after goalkeeper Gabriel Sava helped them on their way to a dramatic penalty shoot-out victory over Shamrock Rovers on Monday night.

Neither side could find a winning goal in 120 minutes of football, forcing the game to spot-kicks. Sava stepped up to the plate to save one Rovers penalty, while another crashed off the upright. From there, it was left up to Dylan Barrett to slot the winner into the back of the net.

Both sides went into this tantalising contest in the Carlisle Grounds as the table-toppers of their respective divisions, with Shamrock Rovers the heavy favourites due to their place as the SSE Airtricity League Premier Division leaders.

Despite their opposition’s lofty stature, it was Bray Wanderers who made the most of the first-half. With just seven minutes on the clock, an outswinging corner was met by the head of Killian Cantwell, only for the resulting effort to go straight at the goalkeeper.

Seven minutes later, the dangerous Dylan McGlade intercepted a loose Shamrock Rovers ball out from the back, drove to the by-line, before cutting it back. The resulting shot was forced away off the Rovers line, as Bray continued to press high on a careless Rovers defence.

With just over half an hour on the clock, Bray were presented with the best opportunity of the game. Collecting the ball near his own box, the outstanding Luka Lovic drove forward into the Shamrock Rovers half. The 20-year-old laid the ball off for Phillip Gannon on the edge of the Dublin side’s area, before he then fed Joe Doyle one-on-one with Leon Pohls in the Shamrock Rovers goal, only to see his shot blocked away by the goalkeeper.

While Bray were asking all the right questions, Shamrock Rovers were struggling to create anything of note at the other end. Trevor Clarke, while treacherous down the left-hand side, frequently wasted an opportunity to create an opportunity, with Gabriel Sava often on-hand to pluck his crosses out of the air.

Into the second half, and Joe Doyle was once again presented with an opportunity to break the deadlock. A free-kick wide on the left was swung in by Dylan Barrett. Hugh Douglas helped the ball back across the goal at the back post, only for Doyle to strike the resulting shot wide of the post.

It took until the 51st minute for Rovers to be presented with a meaningful strike at goal, when Dylan Watts — who spent the game frustrated by man-of-the-match Luke Lovic — opted to strike a free-kick wide on the left-hand side towards Sava’s near-post, but the experienced shot-stopper gleefully caught the ball without much effort.

With just 12 minutes left on the clock, Shamrock Rovers finally forced their way through the stubborn Bray rearguard, when Trevor Clarke twisted and turned past substitute Cian Maher, before cutting the ball back for Orhan Vojic, who cracked his subsequent strike off the underside of the bar.

Neither side could create much clear-cut opportunities in extra-time as fatigue set in. Bray did come close right at the death, when McGlade took aim from 20 yards and struck the outside of the right-hand post.

With 120 minutes elapsed, it was up to penalties to separate the two teams. Greg Bolger stepped up and converted the first spot-kick for Rovers, while Lovic capped off his hard-working performance with the equaliser.

Brandon Kavanagh was next, and he saw his effort cannon off of Gabriel Sava’s crossbar, before Richie Purdy put Bray into the lead. Aaron Greene was next to strike for the visitors and, in a moment of poetic irony, Sava dived down low to keep the former Bray man’s penalty out. Dylan McGlade and Dylan Watts traded successful penalties, before Dylan Barnett settled matters with the winning kick; sending Bray Wanderers into the last-eight.