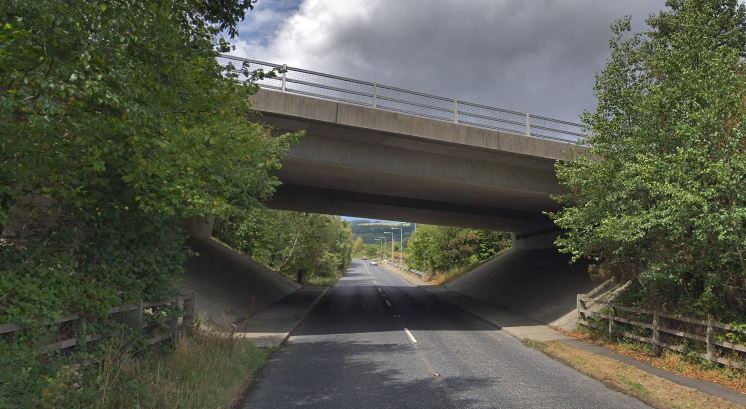 Arklow Sinn Féin representative and local election candidate John Kelly has said that the construction of a slip road on and off the M11 to the Vale Road in Arklow is critically needed. Kelly has called on Wicklow County Council to commission a feasibility study to allow for a funding application to be made to the Department of Transport and Transport Infrastructure Ireland.

Kelly said “Arklow is a fantastic town with massive amounts of potential that needs to be unlocked. Hopefully An Bord Pleanála will be making a decision on the new sewage treatment plant very soon, this will go a long way to unlocking the potential Arklow has, however traffic in the town is still a major problem and it needs to be addressed to ensure that the towns potential can be fully unlocked.”

“I believe that key to addressing the traffic problem would be the construction of a new slip road on and off the M11 to the Vale Road. Currently people travelling to Woodenbridge or Aughrim have to come through Arklow. This is unnecessarily bringing cars into the town and adding to the congestion. It’s really unbelievable that this slip road wasn’t constructed in the 1990’s when the Arklow Bypass was being constructed.”

Kelly went on to say “There are also a considerable number of new houses under construction on the Vale Road, this will also add to the traffic problem, the most logical thing to address the issue is to construct the new slip road to take cars out of Arklow. This was one of the main proposals in my colleague Deputy John Brady’s Unlocking Arklow’s Potential document which he published last year.”

Deputy Brady said “When I published my Unlocking Arklow’s Potential document I contacted the Minister for Transport and asked him about funding for the construction of the slip road. The Minister informed me that no application for funding has been forthcoming from the local authority for the project and that a feasibility study should first be carried out.”

“I have met with the CEO of Wicklow County Council on the issue and have pushed for the study to be carried out as a priority; I believe this study could also look at the issue of a port access road. The County Manger committed to exploring our proposals and the carrying out of a study. ”

Concluding, John Kelly said “The planning needs to start immediately to ensure that Arklow can grow and the entire community benefit. Key infrastructural projects such as this need to be pushed on now and lessons around the 25 year sewage treatment plant saga learned from. I will continue to push this project as I see it as key to unlocking Arklow’s potential.”