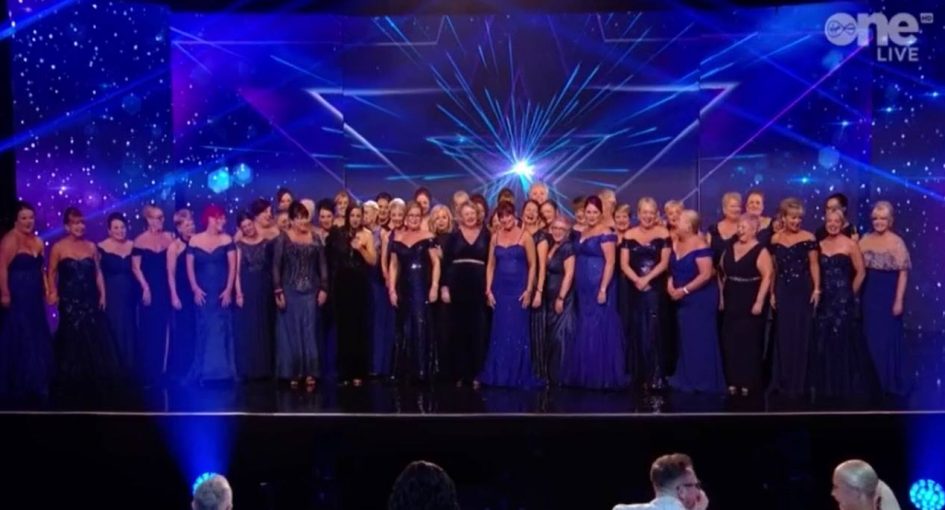 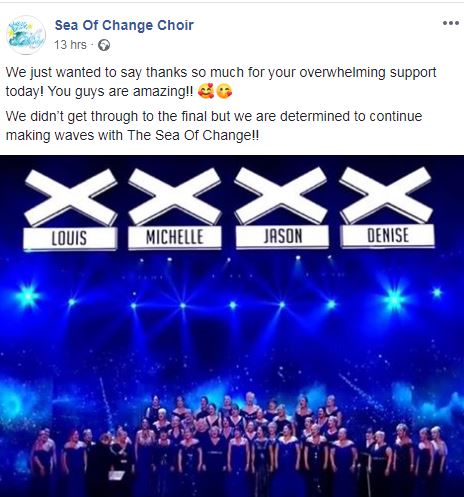 Viewers of Ireland’s Got Talent were left surprised as “Sea of Change” were eliminated from the show on Sunday evening.

The all women choir including 4 from county Wicklow performed a beautiful rendition of Take That’s, No1 hit “Rule the World”

The women once again wooed the judges with Louis Walsh telling them he would be sending a recording to Gary Barlow.

Despite the positive comments from the judges, the group failed to get the votes to take them to the grand final.

BSD and Rebel Acro took the final two spots, all is not lost as there is still a Wild Card which could see them in the final. 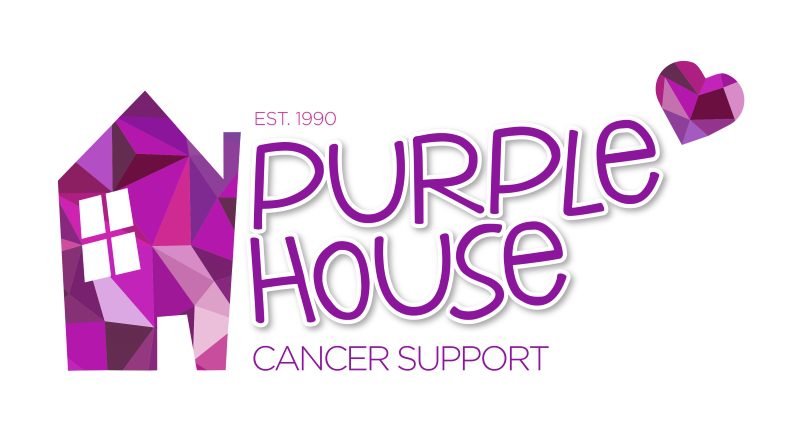