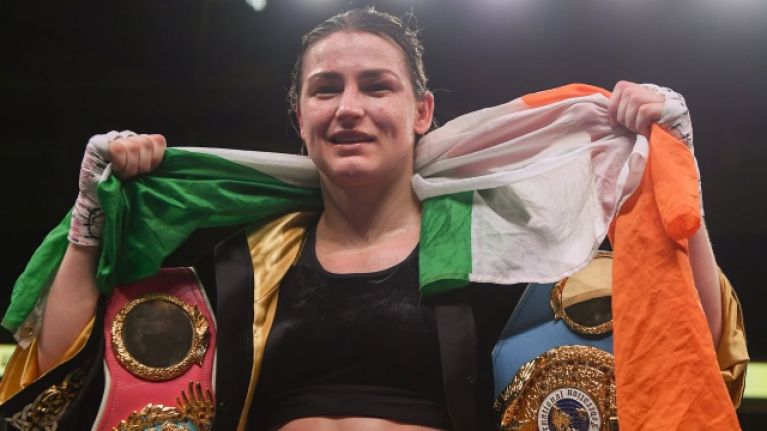 Bray boxer Katie Taylor has been confirmed for a title-unification match against WBC champion, Delfine Persoon in Madison Square Garden on June 1.

The fight is set to take place on the main card of the heavyweight title clash between defending champion Anthony Joshua and challenger Jarrell Miller.

The fight will arguably be Taylor’s biggest test to date with Persoon being the fourth ranked pound-for-pound boxer in the world.

The WBC champion is currently on a 34 match winning streak and has been campaigning for a bout against Taylor since last year when she reportedly offered her $100,000 for a fight.