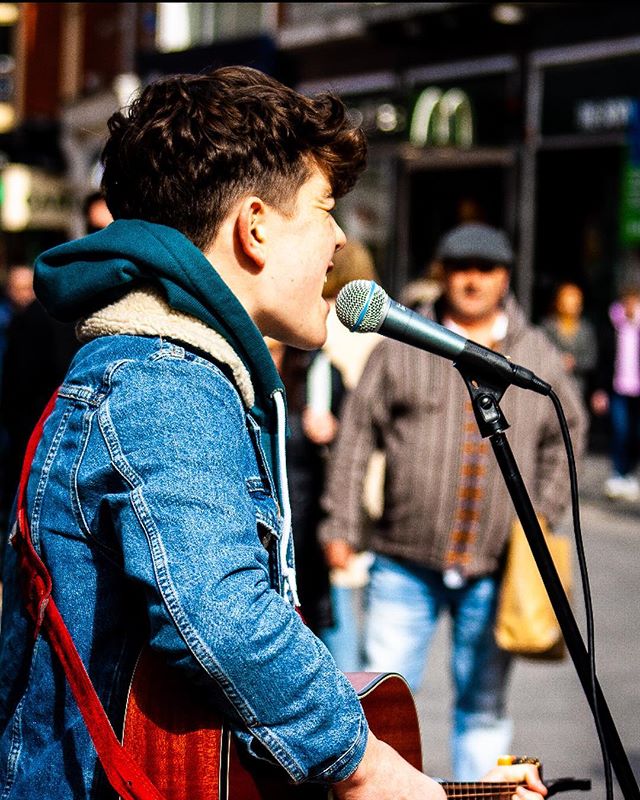 1.6k
SHARES
ShareTweetSubscribe to our Newsletter

Last month, the Wicklow Town native was joined by renowned Irish singer-songwriter Glen Hansard, star of the movie Once, for an impromptu performance of ‘Falling Slowly’.

“Sang a duet with Glen Hansard today,” announced the 16-year-old singer on his new YouTube channel. “Thank you so much Glen, it was such an amazing experience.”

Paddy told WicklowNews.net: “I got into busking because I thought it would be a great way to kick start a music career and hopefully get a bit of notice.”

The teenager regularly takes the bus to Dublin to busk on Grafton Street, drawing large crowds.

On the Dublin City Today YouTube channel, videos of Cahill’s street music in Dublin have been viewed over 3.7 million times. He often teams up with 13-year-old Allie Sherlock, who reached international prominence following her appearance on American television on The Ellen Show.

Recently a cover of the song ‘A Star is Born’ featuring the pair has racked up almost two million listens since it was posted last month.

Hansard himself reportedly left school at the age of 13 to begin busking on the streets of Dublin, embarking on a career that has encompassed rock band The Frames, musical comedy-drama The Commitments, and an Oscar for Best Original Song. His fourth solo album, This Wild Willing, is due out next week, April 12.