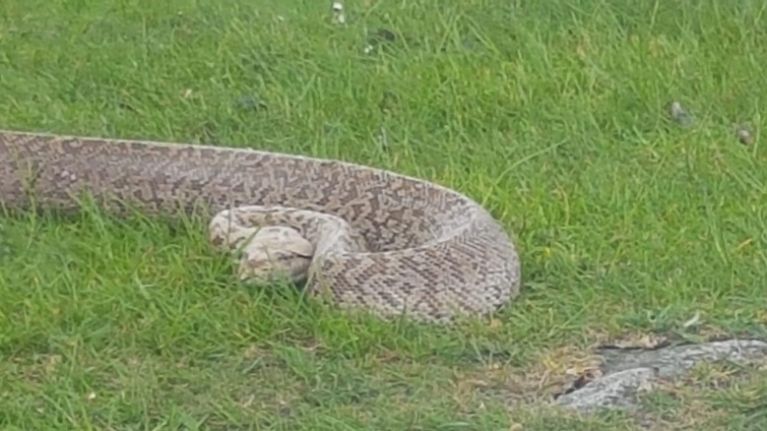 A 5ft long Burmese python has been found in the Sally Gap in County Wicklow.

The snake, which has been named Sammi, was found in the Wicklow Mountains National Park over the weekend according to the ISPCA, Ireland’s largest animal welfare organisation.

The snake was secured by a National Parks and Wildlife representative, who had been alerted by a local farmer.

These pythons are one of the largest species of snakes in the world, and are native to South and Southeast Asia, where they thrive in tropical areas. They’ve been known to grow to 17 or 18 feet.

ISPCA Chief Inspector Conor Dowling noted that the snake was underweight and malnourished after being most likely abandoned in a climate it is completely unsuitable for.

“In addition to the potentially illegal release of a non-native species, there are numerous possible offences under the Animal Health and Welfare Act 2013.”

“This snake did not make its own way up the Wicklow Mountains and we believe that it was abandoned and left in an environment not suited to an animal of this type. We suspect that it had been abandoned some days prior to her discovery but we also have reason to be concerned about the care that it was receiving prior to its release,” said Dowling.

If anyone has any information about this snake or any other sightings, they are asked to contact the ISPCA by calling 1890 515 515 or emailing helpline@ispca.ie.