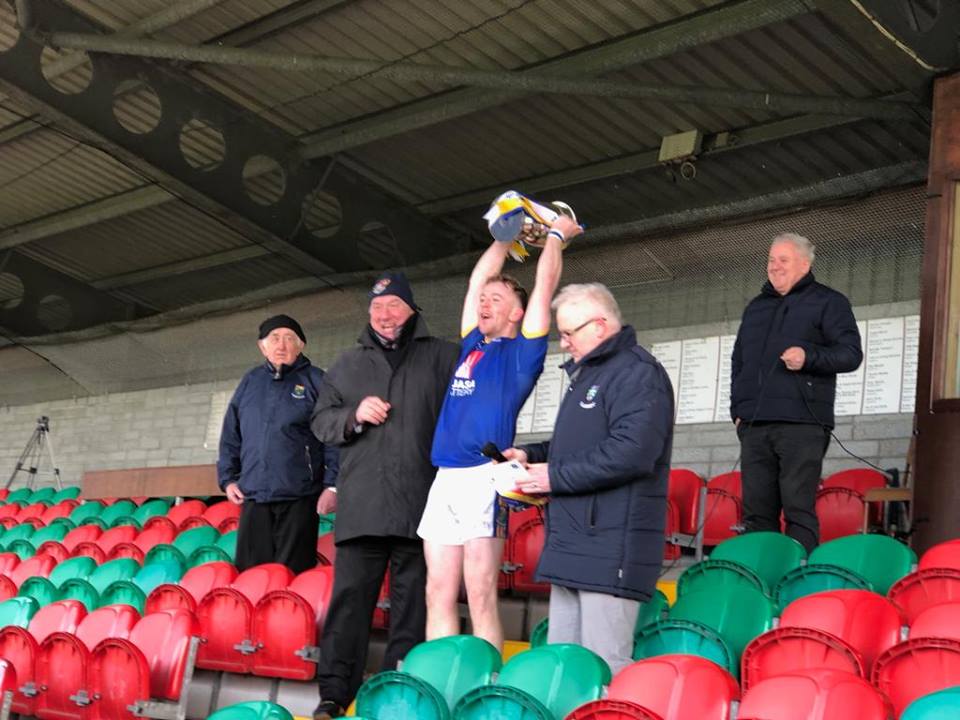 Warren Kavanagh has said that losing to Down in the national league was a “wake-up call”, but that it won’t affect Wicklow’s approach to their Christy Ring Cup tie this weekend.

Eamonn Scallan’s men welcome Down to Aughrim on Saturday afternoon, knowing that a win will all-but guarantee the Garden’s place in the Christy Ring semi-finals on the 8th of June.

Speaking ahead of the game, captain Kavanagh said that Wicklow are confident, but wary of the threat that Down will possess.

“There is a good buzz at the moment. Hopefully, we can get a win tomorrow to set us up nicely going to Derry in two weeks,” he told WicklowNews

“The championship is a different ball game. We lost to Down in the league so we know they’ll be hard bet. Them beating us gave us a wake up call in the league, and it helped us. […] We look at every team we play against, and work on what went right and wrong, for the next day.”

Despite having already clinched the Division 2B title earlier this year, Scallan opted to hand debuts to the likes of Gary Hughes, and Conor McNally for the county’s championship opener in Donegal last weekend.

The risk paid off, as Warren Kavanagh’s Glenealy clubmate, Gary Hughes, scored a hat-trick in Wicklow’s impressive 4-12 to 1-15 win in Letterkenny.

That win, as well as the success of Wicklow’s two hurling panels competing in the Celtic Challenge — both of which have enjoyed 100% winning records thus far — has highlighted the strength in depth of the sport in the county, according to Kavanagh.

“It’s great, a good few made debuts there against Donegal. It’s nice to see lads coming through. It’s great for the team.

“I was at the Celtic Challenge game on Wednesday night, and there is a nice amount of players that will no doubt be coming up on our panel in the next few years,” he said.

Wicklow vs Down in round two of the 2019 Christy Ring Cup takes place on Saturday, the 18th of March, in Aughrim, with throw-in at 3pm.