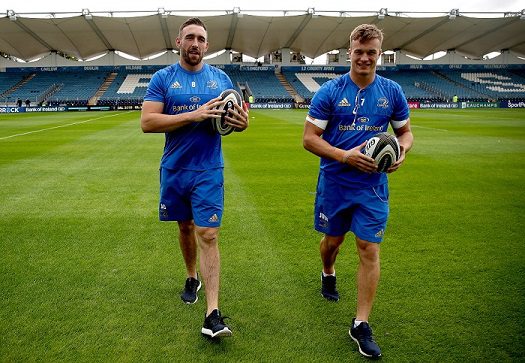 Jack Conan has been picked to start in Leinster’s Heineken Champions Cup semi-final against Saracens on Saturday, with Tadhg Furlong set to make his 100th appearance for the province.

Leinster will be looking to retain the championship when they take on Saracens in St. James’ Park on Saturday afternoon, while the English side will go in search of their first Champions Cup since 2017.

Leinster head coach Leo Cullen has named the same starting XV that beat Toulouse in the semi-final last month, with Johnny Sexton captaining the side at fly-half.

Sexton will be paired with Luke McGrath, who retains his place at scrum-half, while Conan plays at number eight.

Wexford man Tadhg Furlong will make his 100th appearance for the club in Newcastle; almost six years after the 26-year-old made his debut in November 2013 off the bench against the Dragons

In the pack, Cian Healy, Seán Cronin and Furlong start with Devin Toner — who will earn his 230th cap for the side — and James Ryan behind them in the second row.

Rob Kearney starts at full back, with Jordan Larmour and James Lowe on the wings.

Robbie Henshaw and Garry Ringrose line out in the number 12 and 13 jerseys respectively.

In the back row, Australian international Scott Fardy starts at six, with Seán O’Brien making his final appearance in Europe for Leinster at openside.

Leinster vs Saracens in the Heineken Champions Cup Final kicks-off at 5pm on Saturday, the 11th of May, live on BT Sports, Virgin Sports, Channel 4, RTÉ Radio, and Newstalk.