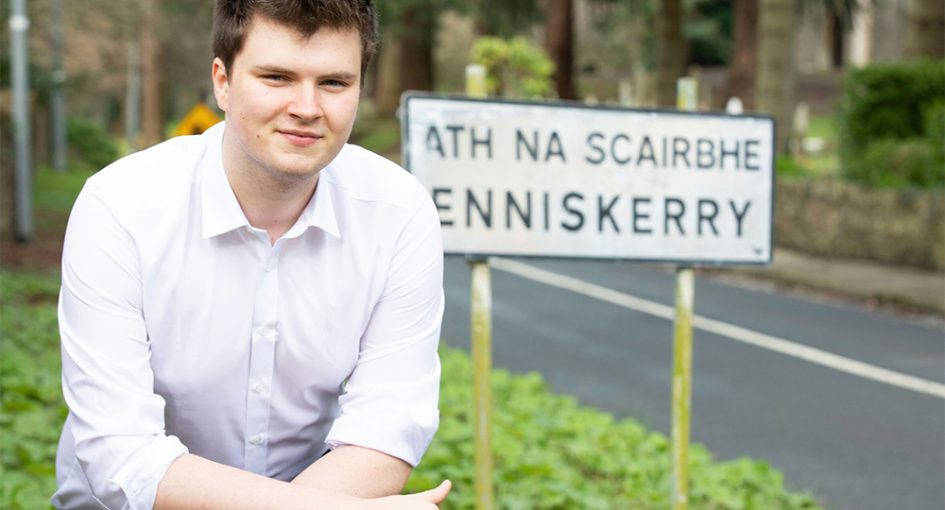 Rory O’Connor, great grandson of former Taoiseach Séan Lemass, is contesting the local elections as an Independent candidate in the Bray West constituency.

The 20 year old Enniskerry native, who is currently studying Politics and Social Computing in UCD, became involved in politics due to his dismay at the council’s response to real issues in the community.

O’Connor is calling for young people to engage with politics and to help shake up the system once more.

“I remember trying to call a number of councillors to get graffiti removed from the Enniskerry town clock, some of the councillors didn’t even have mobiles and the others I called promised action, yet the graffiti remains.”

“I think it’s vitally important that young people engage with politics to shake up the system and be more active than some sitting councillors. We’ve seen this countless time before, grassroot organisations are leading the changes in national priorities by heaping political pressure on locally. Let’s shake up the system, let’s put our priorities on the agenda again,” said O’Connor.