Official count set to get underway this evening in local elections

The official count is due to get underway in the local elections this evening.

With almost all the boxes opened the tally is looking good for Fianna Fail in Arklow with Pat Kennedy, Pat Fitzgerald and Tommy Annesley doing very well, Peir Leonard and Miriam Murphy are also looking good.

In Bray East which has 4 seats up for grabs Stephen Matthews of the Green’s and Sinn Fein’s Grace McManus, Anne Ferris is also in the hunt.

Greystones which has the most candidates has seen Jennifer Whitmore, Tom Fortune, Lourda Scott, Gerry Walsh and Derek Mitchell all do well, but it is very close among the rest of the pack.

But this will all change once the official count gets going, and the quota is announced. 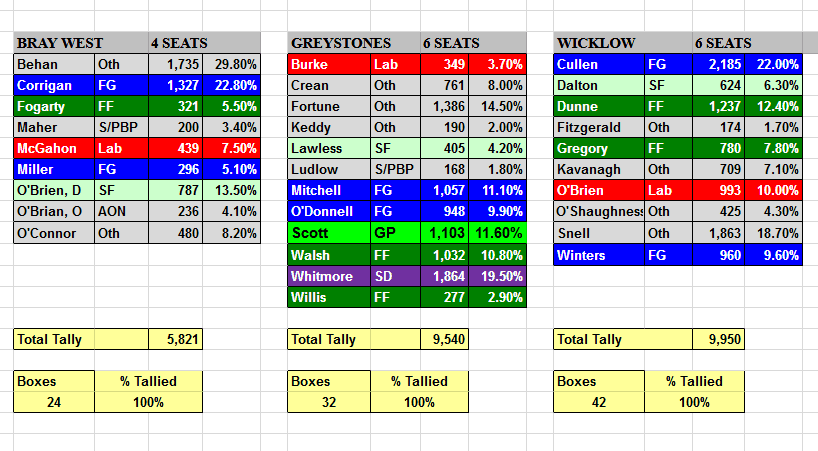 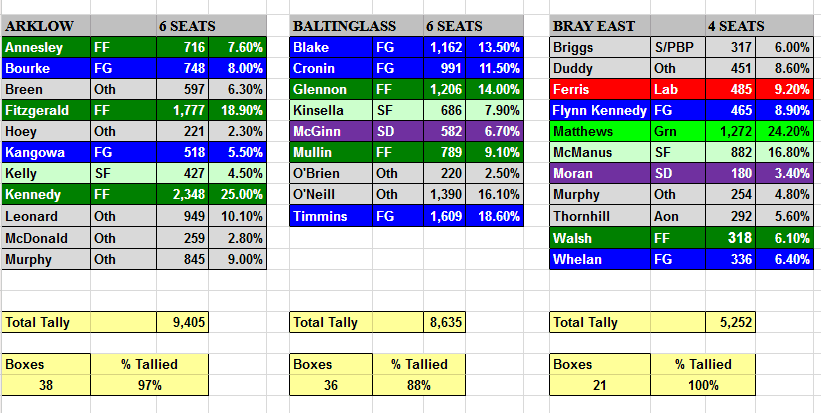