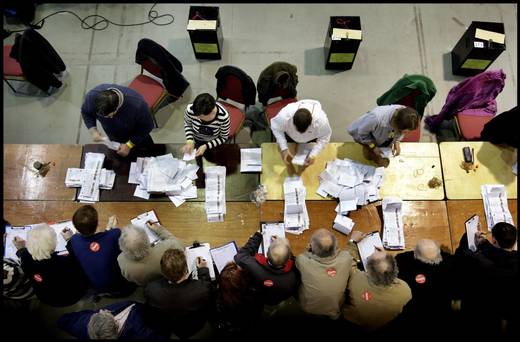 The recount in the Bray East constituency resumed this morning after being suspended at 9pm last night, with 75% of the ballot papers having being examined.

Labour Party candidate Anne Ferris and Independent Malahcai Duddy both requested a recount after they were tied on 1006 votes each in a battle for the last seat. Counters are examining every ballot paper to ensure there are no discrepancies.

Steven Matthews of the Green Party has already topped the poll in this constiuency, with Grace McManus and Aoife Flynn Kennedy, of Sinn Féin and Fine Gael respectively, securing the second and third seats.