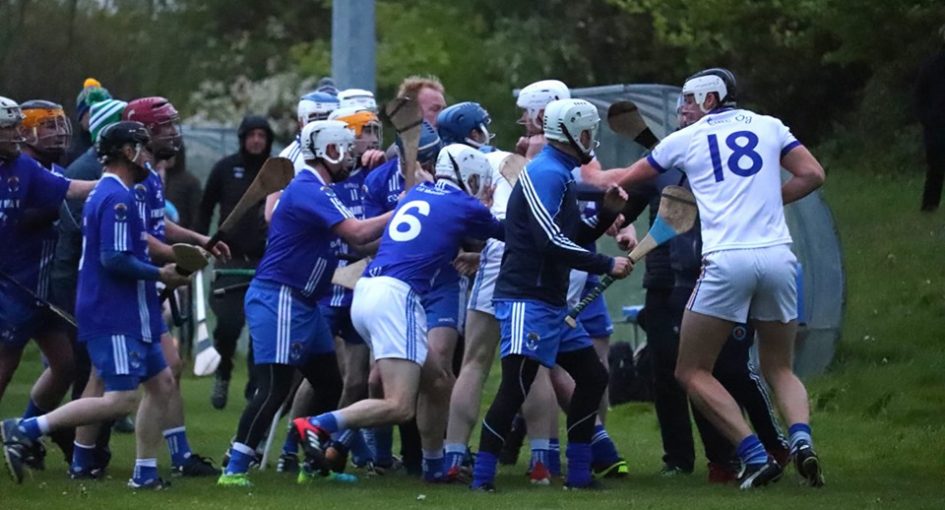 A senior hurling league clash between Éire Óg and St. Pat's was forced to be abandoned after a mass brawl in the second half.

St. Pat’s defender Gerry Connors required stitches after being bloodied in an incident that sparked a mass brawl between players from the Wicklow Town team and Éire Óg in a senior hurling league fixture on Wednesday.

Pat’s were well on their way to securing a fifth win in five league games, when Connors was alleged to have been struck in the head with a hurl by one of the Éire Óg players in the second-half.

The incident is said to have occurred moments after the same player from the Greystones side had committed a foul on one of the Pat’s men, leading to protests towards the referee, and the supposed episode in question.

Following the injury to Connors, the Pat’s men forcefully confronted the Éire Óg man, leading to an altercation involving both sets of players which eventually spilled onto the sideline.

After several minutes, referee Ciarán Manley made the inevitable decision to abandon the game entirely.

Fortunately, no other players or officials from either team were hurt in the scuffle, which will now be reported to the county board for further deliberation.