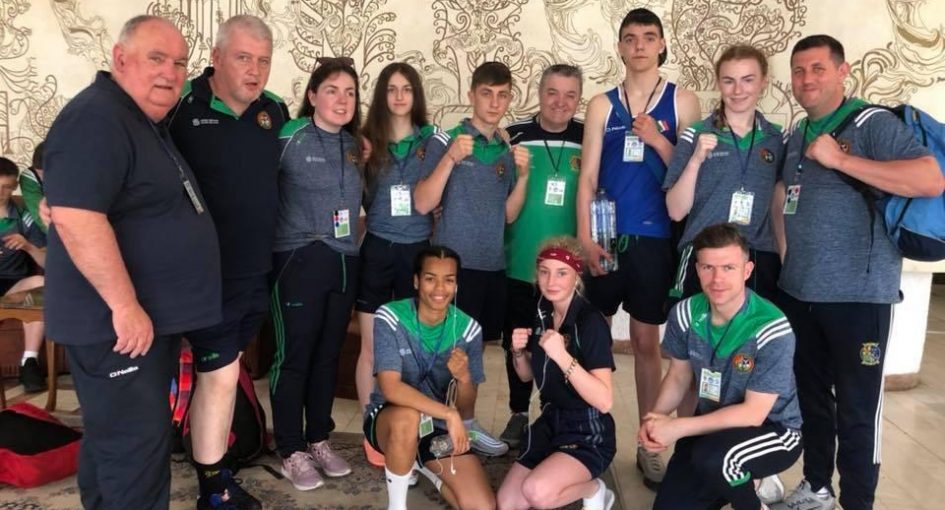 Arklow’s Tegan Farrell is one of nine Irish boxers who have been guaranteed bronze medals at the 2019 EUBC Junior European Boxing Championships, in Romania.

Farrell has advanced to the semi-finals of the tournament following a points-victory over Radmyla Rodionova in the last-eight, which came after the Arklow fighter’s win over Petra Kovacs in the preliminary round.

The triumph over Rodionova means that Farrell is now guaranteed a podium finish in her 66kg weight-class, as are eight of her Team Ireland teammates.

Speaking about his team’s form, head coach Billy McClean said that he was delighted by their progress thus far.

“We’re extremely proud of how the team have performed so far in Romania,” said McClean.

“They’ve all boxed extremely well and we have two big days days of competition yet to come.

“The girls are up first tomorrow [Thursday], then the boys on Friday. They’ll take a lot of confidence from their wins here and the team had a good training session today. They’ll be giving it a right lash in the semi-finals,you can be guaranteed that.”

Farrell will next meet Natalia Zavialova, from Russia, in the semi-finals on Thursday, with six of her teammates also taking on Russian opposition in the final four.