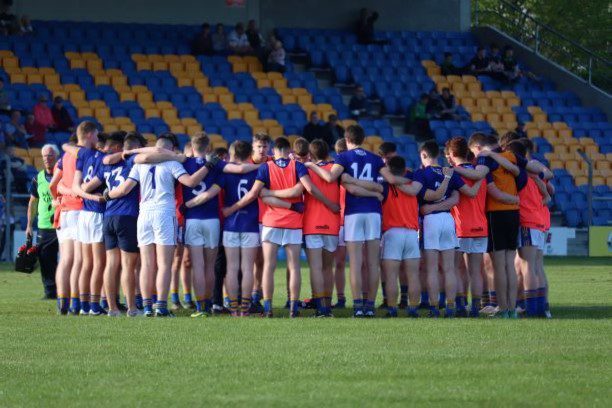 Wicklow minor football manager Kevin O’Brien has insisted that his team won’t be getting carried away by their emphatic qualification for the quarter-finals of the Leinster championship.

The Garden will take on Dublin in the last-eight of the provincial tournament, having recorded comfortable victories over Kilkenny and Louth, the latter of which sealed their passage to the knock-out stages.

In spite of his team scoring 14 goals over the course of those two games, O’Brien has downplayed the nature of his side’s recent wins, while praising the players’ approach to the campaign thus far.

Speaking to WicklowNews following their win on Wednesday, O’Brien said: “Louth are a fine side. Did they play well today? No, I don’t think that they did. We watched them a week ago, against Kildare, and that was a tough, tough game and they were unlucky not to come out the other end of it.

“We just have to worry about what we can do. We won’t get carried away with this result. Louth didn’t get off the bus, I feel. They didn’t play well. Maybe, at times, we don’t give enough credit to our team, but we’ll continue to work hard, and move onto the next phase.

“It was an outstanding performace. We have worked really hard since the last game. Kilkenny was a job we had to do. We took no satisfaction from going down to Kilkenny and putting up that score, but aggregate could have come into it.

“It is all about attitude. Our attitude was first-class. I’m just delighted for the young lads, I really am. They’ve worked so hard. Not just them, their parents. We have asked for a big commitment from them, too. It’s great to see such a big crowd coming to support them,” O’Brien said.

Five of Wicklow’s 14 goals scored against Kilkenny and Louth were scored by Eoin Doyle. The Rathnew clubman built on a hattrick against the Cats with a brace on Tuesday night. While he reserved praise for the prolific forward, O’Brien challenged Doyle to back it up against the Dubs.

“Eoin Doyle is Eoin Doyle. But that’s over now,” he said.