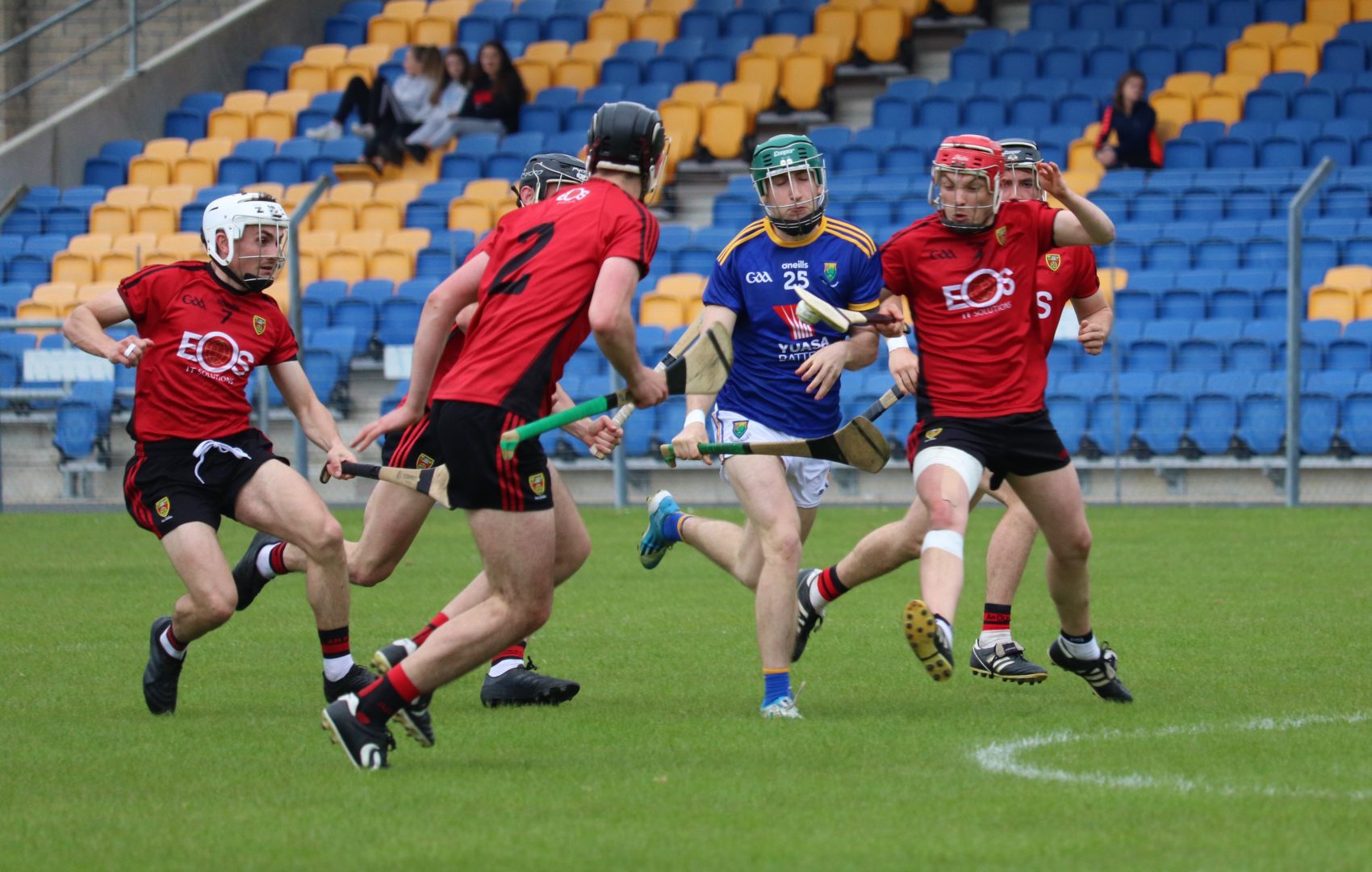 Wicklow’s championship ambitions have been left on a knife-edge, after Eamonn Scallan’s men tasted defeat against Down on Saturday afternoon, in Aughrim.

Having kicked off the campaign in-style, with a win in Donegal last weekend, Wicklow squandered an opportunity to qualify for the semi-finals with a game to play.

A Christy Moorehouse penalty in the second-half seemed to have Wicklow on their way to overturning a four-point half-time deficit into a valuable win. However, two well-worked Down goal’s condemned the hosts to their first defeat since losing to the same team, at the same venue, in the league.

Going into the contest, captain Warren Kavanagh said that there was “a good buzz” around the Wicklow camp. While Moorehouse almost put the home team into the lead with less than a minute on the clock, it was up to Down to get the scoreboard ticking over first, through Eoghan Sands.

Eoin McCormack set up Moorehouse to equalise on the two minute mark, before both sides traded scores to leave the game at three points apiece, after eight minutes. Down started to get into their groove as the half wore on, with Oisin McManus and Paul Sheehan (free) giving them breathing room over the Garden.

Gary Hughes reduced the arrears, but Wicklow were struggling to fashion meaningful opportunities against a well-drilled Down back-line. Further scores from MacManus, Sheehan, and Phelim Savage pushed Down further ahead, before Eamonn Scallan introduced Andy O’Brien, in order to inject some much needed physicality in the Wicklow forwards.

That change, as well as Down losing the impressive Paul Sheehan to injury, seemed to have a positive effect on Wicklow. Points from Moorehouse, Hughes, and O’Brien put Wicklow back to within two points of the visitors. Down did manage to finish the half strong, as a pair of MacManus frees sent them into the interval with a four-point advantage.

While the introduction of Andy O’Brien did give Wicklow that extra dimension up front that they desperately needed, it would be the loss of Warren Kavanagh, subbed off with a suspected broken finger, that would prove pivotal, as Down answered every second-half challenge with gusto.

Wicklow’s second-half comeback started just two minutes in, when O’Brien was dragged to the floor, giving Moorehouse the opportunity to turn the game on its head from the penalty spot. The Bray Emmets clubman was up to the task, smashing the ball into the back of the net. Andy O’Brien split the posts four minutes later, from a free, to leave the game delicately poised at 1-12 to 0-15.

Danny Staunton passed up the chance to give Wicklow the lead in the 45th-minute, while MacManus and Sands calmed their side’s nerves, by putting Down back in front by two.

With the Northerners back in the ascendancy, Ronan Sheehan’s men separated themselves from Wicklow further with a goal of their own. Collecting possession on the left-hand side, Eoghan Sands accelerated past Ronan Byrne, brought on in place of Kavanagh in the first-half, before squaring to Daithí Sands, who made no mistake in lashing the ball into Conor McNally’s net.

Substitutes Michael Boland, and Enda Donohue brought the score to 1-18 to 1-15 in favour of the away team, but it had the feel of damaged limitations. Danny Toner, Liam Savage, and two from MacManus put Down into complete command at 1-23 to 1-16, with just over 5 minutes to go.

Wicklow did manage to set-up somewhat of a grand-stand finish through a well-take Jonathan O’Neill goal, as Scallan threw Bosco and Andy O’Brien as high up the pitch as possible, in order to salvage a result.

Unfortunately, as was the case all afternoon, Down just had too much quality for Wicklow to overcome. Their seven-point lead was restored by a Tim Prenter goal, coming as a result of miscommunication among the Wicklow backs, with two minutes left to play.

While Enda Donohoe did give Wicklow the final say in injury-time at the end, it came as no consolation for a Wicklow that now must repeat their league heroics and beat Derry away from home to qualify for the semi-finals.

WicklowNews Player of the Match: Tim Prenter (Down).