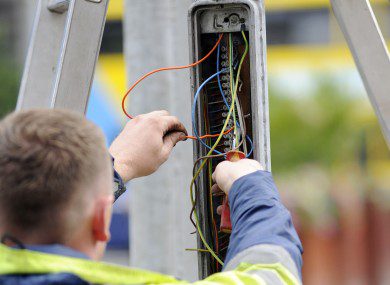 The National Electrical Contractors Ireland have criticised a new law that will criminalise contractors who don’t pay the same conditions as much larger firms has been submitted by the AECI, ECA and Connect Trade Union, and has made its way to the final stages in the Labour Courts.

The SEO would see that all electrical contractors – no matter their size or income – have to pay the exact same conditions and offer the exact same obligations to their employees or face serious criminal charges.

The NECI believes that while everyone in the industry should be paid and treated fairly, the new law would create an uneven playing field in what is already a competitive industry.

“While we believe that fair conditions should be paid to everyone in our industry, this new law is not a solution and will merely create an uneven playing field in favour of larger Dublin firms versus smaller rural contractors.

“There has been no bigger threat to the Irish electrical industry than this SEO as it creeps quickly to fruition. But we at the NECI have fought this SEO at every stage of its development, and we must now ask you to help us in this fight.

“We will be holding a series of meetings in order to plan and create a plausible resistance effort to this SEO, and we ask you to join us at your closest venue on the following dates, with more to be added soon,” said a NECI spokesperson.

The contractors will be holding three meetings at the following locations, times and dates –

The Labour Court hearing will take place on July 16th.