Over €5k raised for Barretstown by Ellen Kinch Memorial Cup 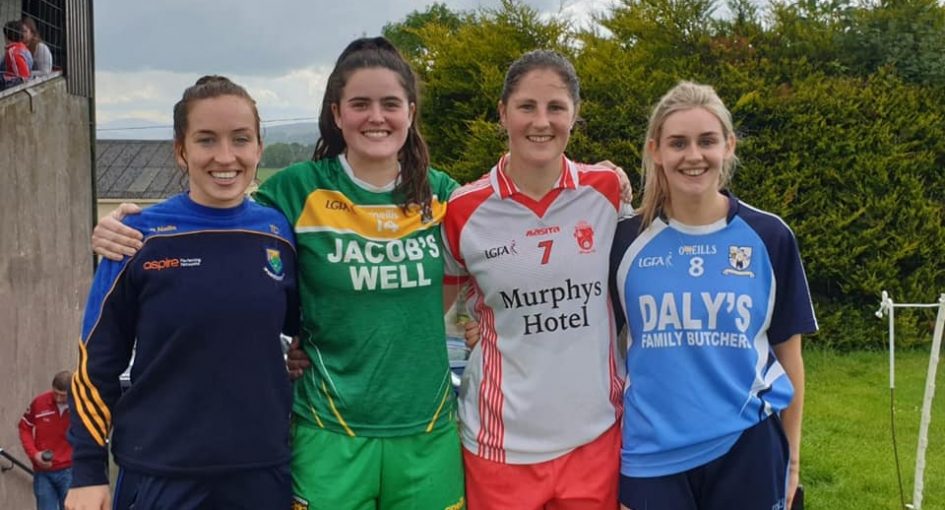 Just over €5,000 has been raised to-date by this year’s Ellen Kinch Memorial Cup, for Barretstown Children’s Charity,

The 12th annual edition of the ladies adult charity football blitz — named after Ellen Kinch, who passed away from cancer at the age of 16, in 2007 — took place in Tinahely this past Sunday, and featured 16 teams from both inside and outside of Wicklow.

Ballon (Carlow), Kilanerin (Wexford), and Tyrrellspass (Westmeath) joined 13 teams from 11 clubs within Wicklow in the blitz. Following the afternoon’s actions, Tinahely 1 claimed the ultimate honours, defeating Arklow in the final.

Clara’s Maria Boland was honoured for her performances during the competition with the Player of the Tournament award.

Ellen’s family, who organised the cup, ran a fundraising effort online, as well as through donation buckets on the day itself. As of writing, just over €5,000 has been collected for Barretstown; more than doubling 2018s tally of €2,485.

Of the money raised, €2,457 came from online donations. Those who wish to give money through the online portal will be able to until its closure in nine days time.