Wicklow Sinn Féin representatives John Brady TD and Cllr Grace Mc Manus have called on Bray Municipal District to put in place a management and eradication plan to tackle the invasive Giant Hogweed plant which is growing along the river Dargle in Bray. This follows the injuring of an 11 year local child who came in contact with a plant in the Little Bray area.

Deputy Brady said “Last week in Bray an 11 year old child was injured after coming in contact with the sap of a giant Hogweed plant.  The child received toxic burns to her legs which badly blistered. The invasive plant grows along the Dargle River at a number of different locations and over the last few years has spread considerably.”

“The Giant Hogweed plant can grow up to five metres in height, and its sap contains toxic chemicals that react with light when they come in contact with human skin. The toxic burns in humans can take up to six years to heal, and even blindness in some cases.”

Brady continued “The European Regulation of Invasive Alien Species was enacted in 2015, involves a dynamic list of 49 invasive species of concern in the EU, this included the Giant Hogweed. Once a species is added, each member state is required to carry out appropriate prevention, early detection and rapid eradication and management measures.” 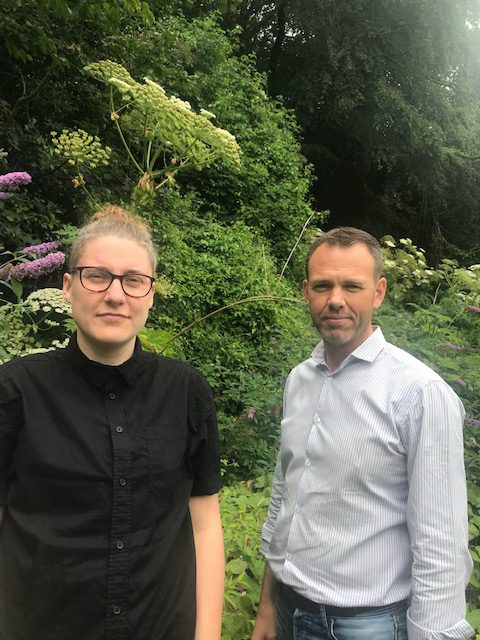 Cllr Grace McManus “I must admit, Hogweed is not something I knew much about; but when I heard of the recent injuries obtained by a local child I did some research and I was concerned with what I read. The Giant Hogweed is a very dangerous invasive plant that needs to be eradicated. There is a legal obligation on the local authority to tackle the Giant Hogweed which is growing at different locations along the Dargle. The issue has been reported to the council and I will be following it up to ensure that a management and eradication plan is put in place. I am glad that my colleague Deputy Brady has also called for the proper funding to support Wicklow County Council to do this.”

Deputy Brady concluded “Unfortunately the Giant Hogweed is spreading along the Dargle and some of its tributaries quite quickly. People need to be careful not to come into direct contact with the plant because of the dangers it poses. The problem has been reported to the Council, Inland Fisheries Ireland and I have also raised the issue with the Minister to ensure proper funding and resources are put in place to tackle the invasive species.”