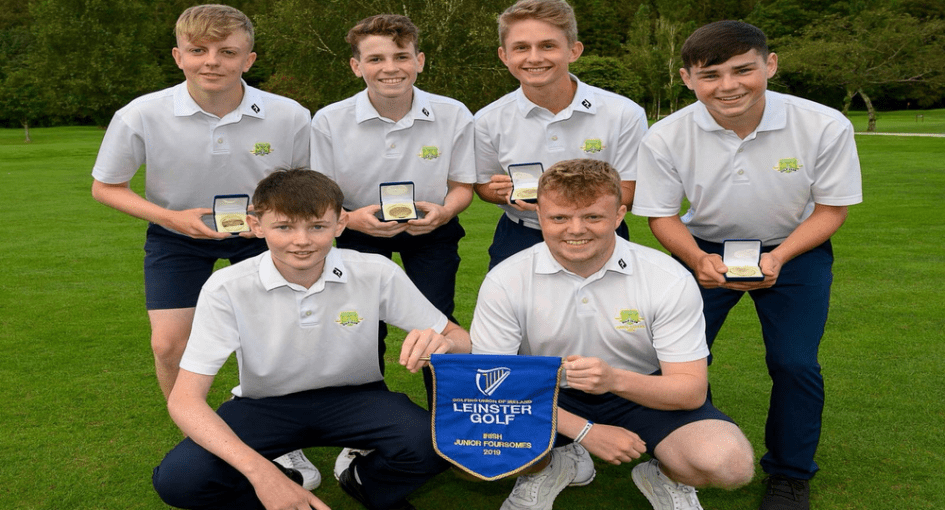 Blainroe defeated a resilient Baltinglass in a very tight match at Woodenbridge Golf Club in the Leinster Final of the Irish Junior Foursomes.

David Lally and Conor Leonard led the team and won their match 3 up. Jonathan Ryan and Liam Connolly were left with all the crowds and battled back from 2 down to finish level after 16, with the match called in.

This tournament began back in April with sixty three Leinster golf clubs taking part, including Carton House, Portmarnock, Milltown, The Grange, Elm Park, The Castle and Greystones to name but a few. This is the first time in the history of Blainroe Golf Club that a team has won the Junior Foursomes Leinster Final and their first Leinster Pennant in 34years.

Blainroe now play Tuam in the All-Ireland semi-final which will take place at Castle Dargan Golf Club in late September.