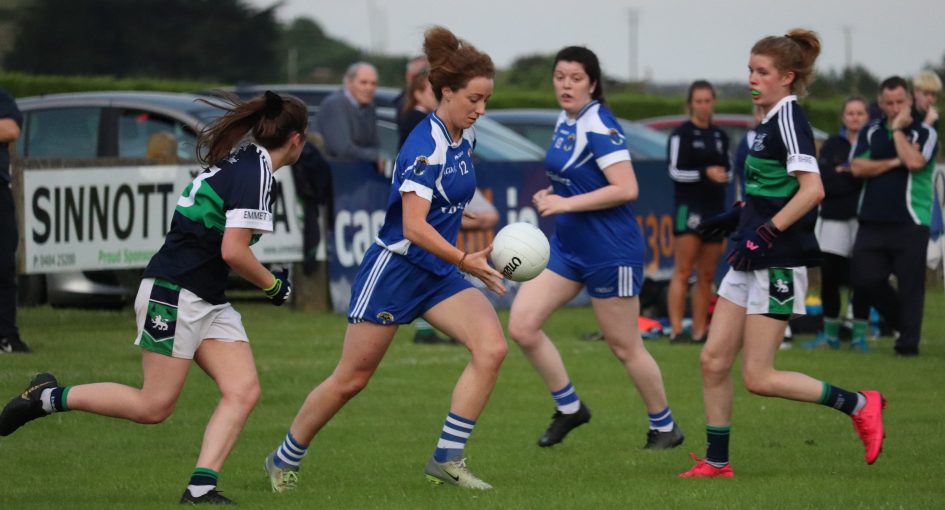 Pat’s meet reigning champions Tinahely in the county decider, on Saturday afternoon, for the third successive year, having fallen to Rory Stokes’ team in 2017 and 2018.

The Wicklow Town outfit have already recorded a noteworthy victory over Tinahely this year, having beaten them in the division one league final.

Speaking to WicklowNews, Hollingsworth believes that this success will have instilled a confidence in his team that could prove vital if they are to overcome their opponents this weekend.

“The league final victory this year was very significant for us, because I think that it gave us the belief after suffering through two county final defeats against Tinahely in previous years,” he said.

“I think, on their side, it gives them the doubt. As we all know, in sport, doubt plays a huge role in your frame of mind going into the game. The league result was important for us to get one over them, but also because we know that there will be an element of doubt in their minds going into the game, which is great.”

“When I took over the team three years ago, we had a three-year plan, and this is year-three, so I think the two previous finals that we got into were bonus territory, but this year we feel that we are ready; physically and mentally.

“There’s a good mix of youth and experience. Three-quarters of the team would be under the age of 20, a few of the girls would be in their mid-20s, and then I think only one girl in her late-20s.”

Tinahely will go into the game as slight favourites over Pat’s, and will be gunning for an historic fifth consecutive county title. When asked if this will put Tinahely under additional pressure, Hollingsworth echoed the thoughts of opposition boss Rory Stokes; insisting that it won’t impact their preparation.

“A bit like Dublin going for the ‘Drive for Five’, I don’t think that that will play any part in [preparation], to be honest with you. It’s a game of football that needs to be won, and I can’t see any previous result featuring in anyone’s preparation.

“It’s a game of football to look forward to, there is no point in looking into the past.”