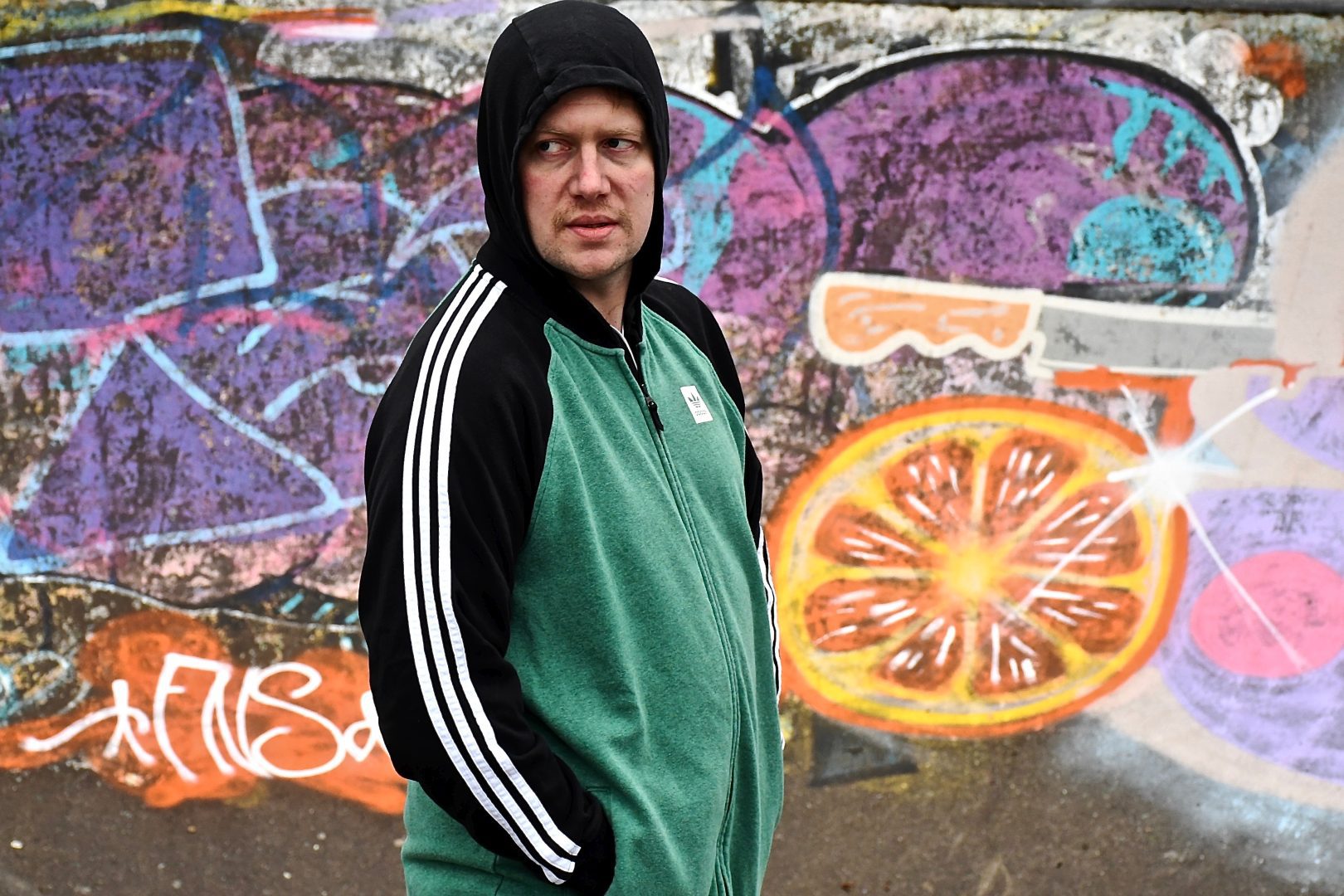 The production features Fintan Kelly who was seen in season 8 of Game Of Thrones. The play is a diptych that follows Howie (Kelly) on a night out cruising for vengeance, then the Rookie (bruises an all) as Howie’s victim, mate and witness. Andrew Dunphy’s subtle lighting design gives the actor a clean stage in front of him, and the rest of the physical production is just Kelly controlling the stage.

The Howie Lee is a hooligan, good with his fists, bad with the ladies. Without preamble, he vaults into a story about crossing a field and spying a friend burning a mattress. Soon this friend draws him into an unlikely vendetta against the man, The Rookie Lee, who must have infested that mattress with scabies. Mark O Rowe’s writing is lyrical and dirty and riotously imaginative. Listen closely and you will hear Joyce in the frequent neologisms — skullduggerous, popsock, dollyness. Hints of his contemporaries Martin McDonagh in the wild, almost farcical violence, and Conor McPherson in the stealthy emphasis on moral choice and responsibility, as when The Rookie Lee worries over his fate. Mark O’Rowe’s language is distinct — in its ribaldry, its understatement, its metaphors and, especially, its exuberant, muscular descriptions of impossible battles. A night of pure, epic theatre is in store. Directed by James Power.

We Are Stagemad Theatre Company hail from Waterford, Ireland. Founded in May 2005, their aim is the cultivation of theatre, supporting new local, national and international writing, and to encourage public appreciation of the Arts.

Since its formation Stagemad has established itself as Waterford’s, and one of Ireland’s most progressive Theatre Company. They Develop, Create, Collaborate. Stagemad are constantly on the lookout for new writing. They love new writing.

“Fintan Kelly tames, controls and masters the stage as his own. In the hands of a lesser director, Mark O’Rowe’s writing skills would be nought.” – Wexford People

“Mark O’Rowe’s extraordinary play drives you to the depths of humanity’s horror, then stops your stomach churning by demanding that you laugh” – The Irish Times

“It is, quite simply, Greek in its power of catharsis while piling laughter. Euripides would be proud to call Mark O’Rowe a brother in art” – Irish Independent