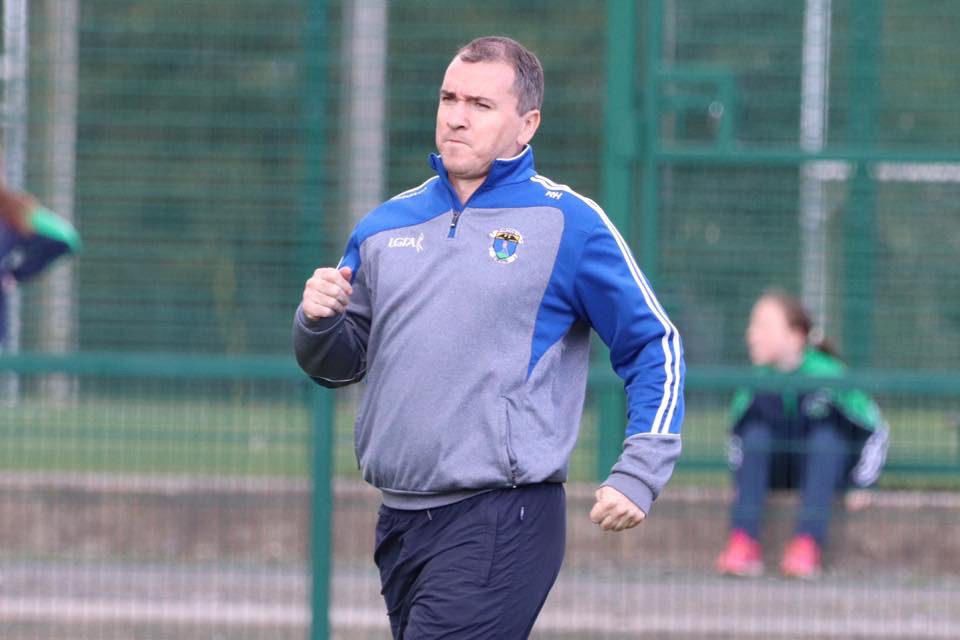 St. Pat’s senior ladies football manager Robert Hollingsworth has said that he will meet with his management team to discuss his future with the club ‘over the next few weeks’.

Hollingsworth has been in charge of Pat’s since 2017, when he returned for a second run following a spell in charge of the senior men’s team. In that time, he has guided them to three consecutive county finals, falling to Tinahely each time.

The latest defeat came this past weekend, when they lost out 2-11 to 1-07 to a Rory Stokes’ Tinahely team that clinched a fifth successive title in the process, having beaten them earlier in the season to win the league.

Reflecting on the game, Hollingsworth said that it was a case of his team not being able to get going following a fast start.

“We’re very disappointed,” he told WicklowNews. “We thought that we never got going on the day, to be honest with you. We started off really well, we were three points to one up. I think we lost three or four kick-outs on the trot, and Tinahely scored 1-02. We just never recovered from that.

“In previous games that we have played with Tinahely, we’ve exchanged goals, and the other team will always recover. It was a strange, strange day. Even going in at half-time, we were a goal down; we’ve gone into half-time in county finals against Tinahely seven or eight points down and we have come back.”

In the days leading up to the final, Hollingsworth told WicklowNews that he felt that his players were “mentally and physically ready” to dethrone Tinahely, and culminate their three-year journey with a senior title.

Speaking about his future with the club following their latest setback, Hollingsworth said that he would discuss his next step with the rest of the coaching set-up.

“I can’t answer that at the moment. I’ll have to talk to the rest of the management team, and just decide what is best for the girls. It’s not really about me or any individual. It’s about what’s best for that group of girls. We won’t make any decisions yet, we’re still raw. We’ll give it a couple of weeks, I’ll talk to a few people, and we’ll take it from there.

“They’re a great group of girls. Success can’t be too far away from them. They work hard, they train, they do exactly what you tell them. They’re very young so, as I told them in the dressing room after the game, if they keep applying themselves and train, success won’t be far away.”