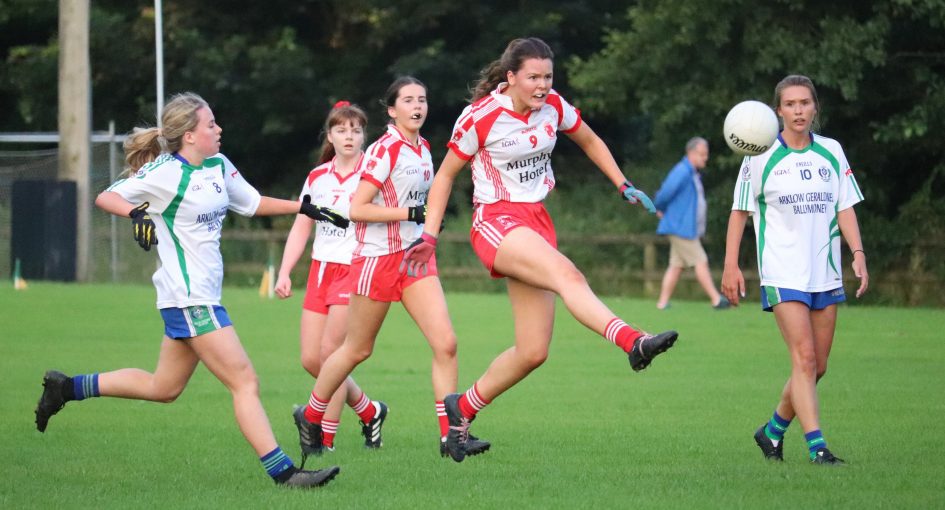 The prospect of Tinahely winning a fifth consecutive county title will not affect how they go about this weekend’s senior football decider against St. Pat’s, according to manager Rory Stokes.

Tinahely will be competing for a historic five-in-a-row when they take on perennial opposition, Robert Hollingsworth’s St. Pat’s, on Saturday afternoon.

Despite the historic achievement that could yet await his team, Stokes has insisted that it will not put any increased pressure on them.

“At the end of the day, finals, I think I heard one of the lads say after the All-Ireland final, are not easily won; whether it is five-in-a-row for Dublin, or for Tinahely. It is just another county final for us,” he told WicklowNews.

For the third consecutive year, Stokes’ troops will meet St. Pat’s in the senior football final, an element that he has said will not impact his team’s mentality going into the game.

“We want to get to county finals, regardless of who it is [we are facing]. They deserve to be there, on merit. You pass through your group stage, you play your semi-finals, and you’re in the county final on merit.

“It is never going to be an easy task. The fact that it is the same team as last year really doesn’t come into it. The game is there to be played, 4 o’clock, Saturday. The best team needs to win and go on. There’s no added pressure.”