Taylor to make anticipated return to the ring in November 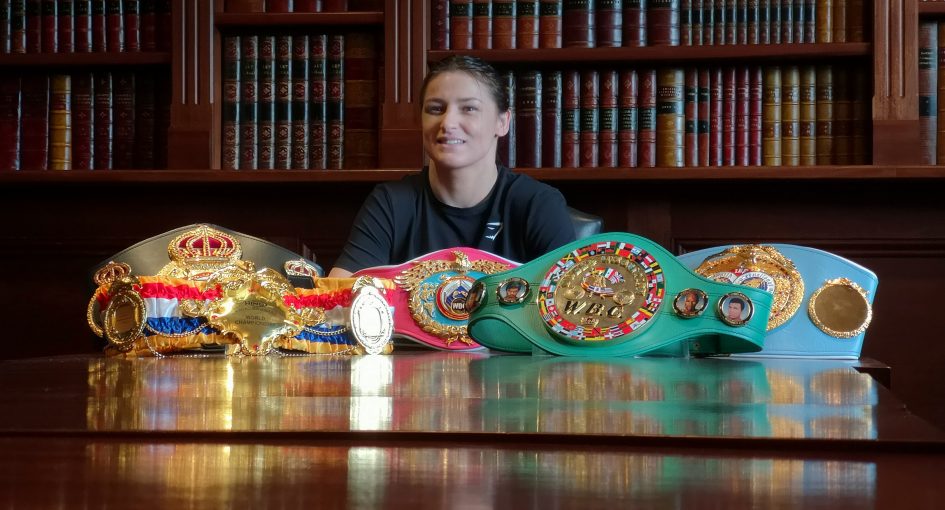 Katie Taylor will next fight on the 2nd of November in England, Eddie Hearn has confirmed.

While an opponent and specific venue has not been announced, Taylor’s next bout is set to take place in London, on a PPV that she herself will headline.

Head of Matchroom Boxing, Eddie Hearn, confirmed the news to Sky Sports on Wednesday, while saying that the 33-year-old Bray-native may face the winner of Heather Hardy vs Amanda Serrano in 2020, and indicating that Taylor may well make the move up to super-lightweight next year, as well.

“Both Serrano and Hardy have signed to fight Katie Taylor if they win,” Hearn said. “That is definitely a fight we are looking at in early 2020 as well so we have to see.”

Taylor’s last fight came in June, when she defeated Delfine Persoon in a thriller to become the undisputed lightweight champion of the world.

The fight, and the judges’ scoring of it, attracted controversy at the time, and Hearn says that a much-anticipated rematch between the two is on the agenda.

“I think that is coming. She wants that rematch. I’ve spoken to Persoon’s team. There could be a move up in weight for the next one to challenge the world champion at 140.

“She’s got to fight Persoon and at some point her mandatory of the WBA, WBC and IBF. She has to go through all those eventually.”