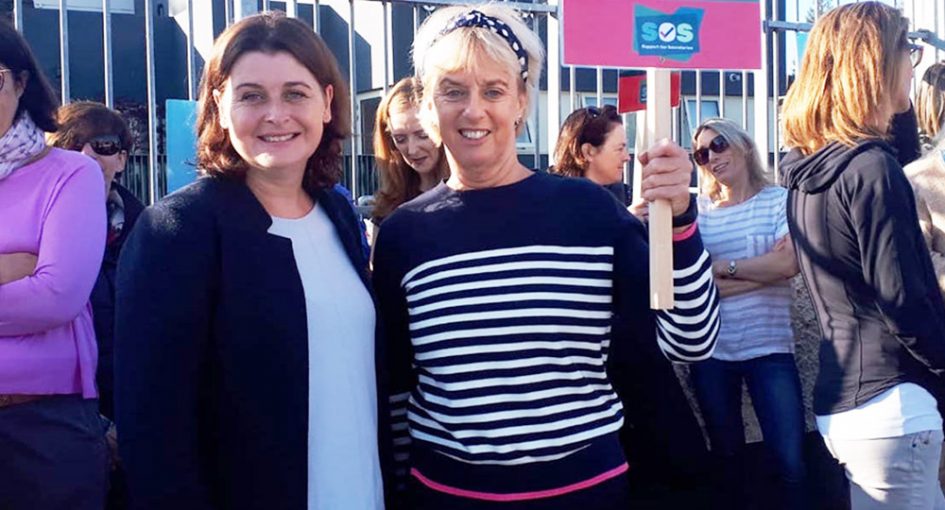 Social Democrats Cllr Jennifer Whitmore has called on the Minister for Education and Skills to bring school secretaries across Wicklow, who are often employed by school boards of management, under the remit of the Department of Education and employ them directly. This follows a visual protest by over 250 school secretaries at school gates across the country, organised by Fórsa Union.

“There were schools taking part in the protest on Friday all across Wicklow, which included St. Kevins and St. Brigids in Greystones. I was delighted to see the local support that the secretaries received at the school gates this morning, with many parents and teachers taking the time to stand with them.  This reflects the high regard with which our school secretaries are held, and acknowledges their often unsung but hugely important work.”

Whitmore said “It’s time that the Department of Education value the important work that these secretaries do and ensure they are treated fairly and directly employed by the Department.”