St.Pat’s have been crowned county football champions following a closely contested final in Aughrim this afternoon.

The Wicklow town side raced into a three point lead while AGB took time to settle, but as soon as they did the game became an even affair which could have seen the Arklow side ahead but for a number of missed chances.

AGB began to find their rhythm and match the county champions all over the pitch as half-time approached.

Arklow stepped up a gear in the second half and it looked like it might be their day as keeper Mervyn Travers pulled off a point black save from Dean Healy in a game which seen very little goal scoring chances.

It was heart-breaking for the young AGB side and the fantastic support which added to a great atmosphere in Aughrim.

The trophy was presented to St. Pat’s captain Stephen Duffy by county chairman Martin Fitzgerald, while Conor Ffrench picked up the “Man of the Match” award

Stephen thanked his team and backroom staff and admitted after the game AGB gave them a fright, he also wished the Enniskerry players who were involved in an accident during their club celebrations a speedy recovery. 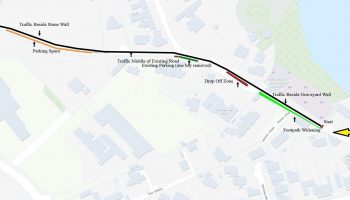