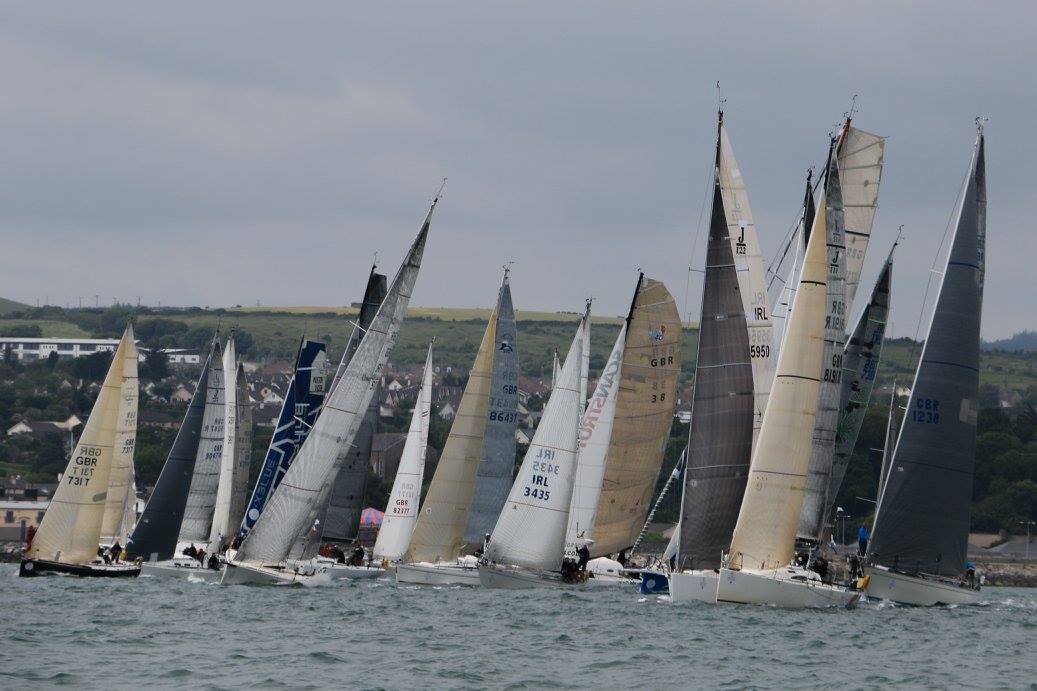 Wicklow Sailing Club has confirmed that SSE Renewables will be the new title sponsor for the 704-mile Round Ireland Race that gets underway on Saturday 20th June 2020.

The highly-acclaimed race is part of the Royal Ocean Racing Club Season’s Points Championship.  The start and finishing lines for the newly-titled SSE Renewables Round Ireland Yacht Race are off the pier head at Wicklow Harbour.

The club and its team of volunteer organisers hope to increase entries from 55 boats to more than 60 for this race and grow the race further in future editions.

The majority of competing crews entering the SSE Renewables Round Ireland are from around the world in addition to home-grown entries.

Winner of the 2018 edition Niall Dowling from Dublin has confirmed his intention to enter the 2020 race and advance enquiries from other potential teams have also been received.

SSE Renewables is currently developing a major expansion of the Arklow Bank Wind Park offshore wind energy project close to the starting line of the race. The project represents an investment of up to €2 billion and when completed will be able to generate up to 800MW, powering over half a million Irish homes.

In excess of 80 full-time shore-based and marine jobs are expected to be created to service the facility.  These jobs will be based out of a full-time operations base to be located in either Wicklow Port or Arklow Harbour.

In addition to title sponsorship of the 2020 SSE Renewables Round Ireland Yacht Race, planning is underway for the popular Round Ireland Festival at Wicklow Harbour that accompanied the 2018 race.

“SSE Renewables is the leading developer and operator of renewable energy in Ireland, and the leading voice for the emerging offshore wind energy sector here.  The wind-powered Round Ireland Yacht Race fits perfectly with our ‘Oceans of Opportunity’ vision for this new marine energy sector,” said Barry Kilcline, Head of Offshore Development with SSE Renewables.

“We’re particularly pleased to partner with Wicklow Sailing Club in support of this prestigious race and marine leisure activity, which is so popular along County Wicklow’s coastline where we plan to develop the next phase of Arklow Bank Wind Park.  As climate change becomes a reality, sailing demonstrates the power of nature to be of real benefit as we face this challenge.”

The first race around Ireland was staged by Wicklow Sailing Club in 1980 and has attracted a range of boats from super-maxis to 30ft yachts.  As a handicap event, the first boat home will win line honours but a slower entry finishing later could be the overall winner.

“Having the support of SSE Renewables as our title sponsor allows Wicklow Sailing Club to develop further, attract more entries to the race and raise the profile of the race in Ireland and around the world,” commented Kyran O’Grady, Commodore of Wicklow Sailing Club.  “We are also grateful for the continued support of Wicklow County Council and, most of all our dedicated club-members who make this unique event a reality.”