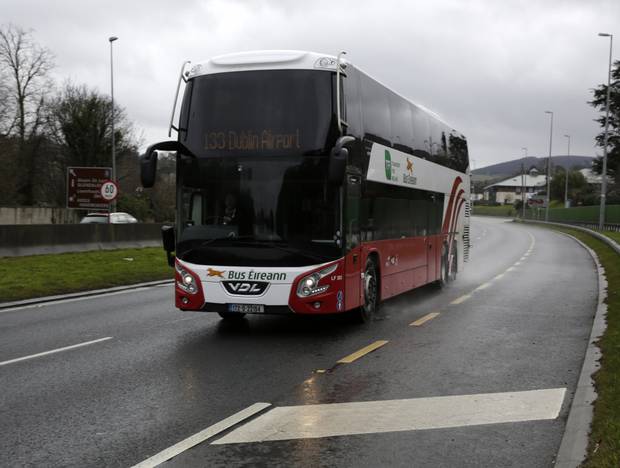 Wicklow Sinn Féin TD John Brady has welcomed commitments he has received from the National Transport Authority to make improvements to the 133 Bus Éireann route. They have also informed the Deputy that the 133 route will remain within the Direct Award Contract between the NTA and Bus Éireann until 2021 at which stage the services will be competitively tendered.

Speaking after his engagement with the National Transport Authority and Bus Éireann Deputy Brady said ““The 133 bus service is one of the most complained routes and serious changes are need. Following my ongoing engagement with the NTA and Bus Éireann in relation to the improving the 133 bus route, I have secured some important assurances from them.”

“There was concerns that the 133 would be privatised, however it will remain within the Direct Award Contract between the NTA and Bus Éireann until 2021 at which stage the service will be competitively tendered.”

“The NTA have assured me that they will provide a regular and more frequent Arklow – Wicklow – Bray service during 2020 once additional driver resources become available following the transfer of certain bus routes from Bus Éireann to Go-Ahead Ireland during December and January.”

“I have also secured a commitment that the NTA in conjunction with Bus Éireann will examine an option to serve Bray from Wicklow as a separate stand–alone arrangement. This Wicklow to Bray stand-alone service would operate via Bray Main Street. They have commenced the process of examining this proposal which I believe would be a very beneficial route for bus users.”

Deputy Brady concluded “We need to see big improvements to our public transport system and give viable options to people from areas like Arklow and Wicklow Town to access good reliable alternatives to using their cars. We also need to look at improving the 133 service to places like Glenealy and Rathdrum by expanding the timetable.”