The iconic leather jacket and skin tight trousers that Olivia Newton John wore in the Classic Musical “Grease” has sold for $405,700 at auction in California.

The auction took place on Friday and Saturday last.

The outfit was among hundreds of items at the sale which raised over $2.4m for the Olivia Newton John Cancer Treatment Centre in Australia.

The pink gown which she wore to the Premiere of “Grease” sold for $18,750 three times the asking price while a ‘Grease’ poster signed by Olivia Newton-John, John Travolta, and other cast members sold for $64,000, compared with an estimate of $1,000.

A custom Pink Ladies jacket given to the actress by the cast and crew fetched $50,000, 25 times its original estimate.

Irish fans of the star were among the very few people to view the items of clothing when they went on display at the Style Icon’s Museum in Newbridge last July. 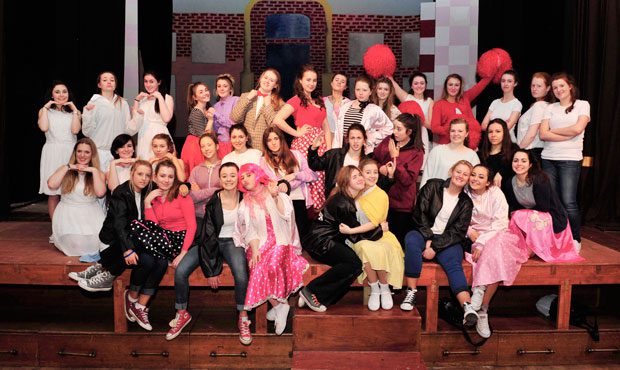