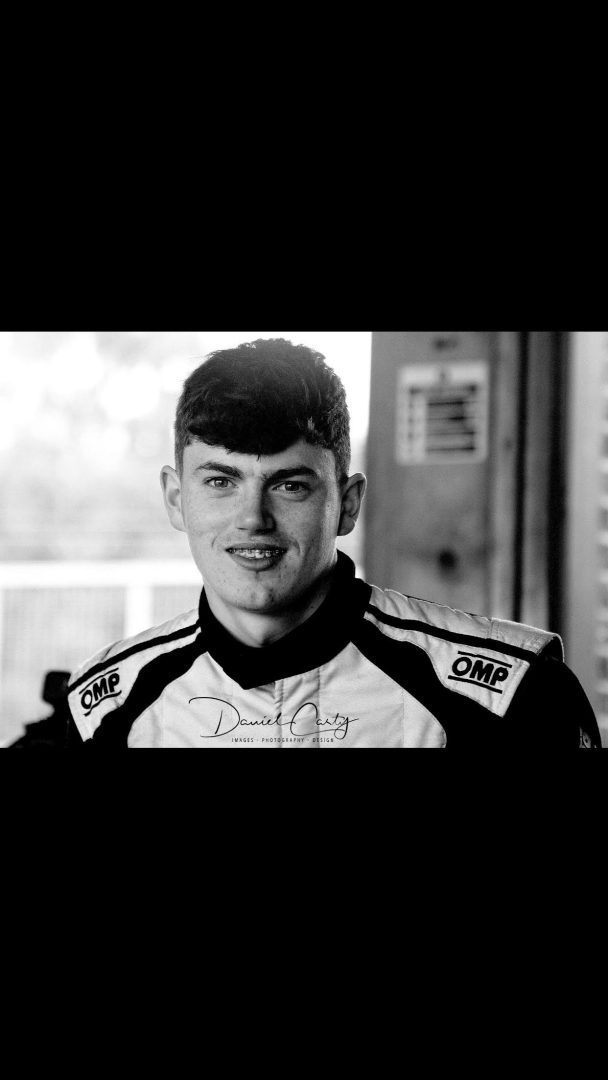 Eighteen year old Baltinglass native Max Hart has been making massive strides in the world of Motorsport in recent times.

The British Monoposto 1000 Championship driver was one of three finalists named for the prestigious Motorsport Ireland Young Racing Driver of the Year Award last month.

Currently a leaving cert student, Hart is buoyed at the prospect of claiming the prestigious honour as it could be the break that is needed to propel his young career into full gear.

“To be nominated was an absolute honour. It was one of my goals to get noticed right from the start of the season. I knew I had it in me, but actually being recognised was an amazing achievement,” said Hart.

However, such an award brings more than just a title in the history books to your name. The lucrative reward would go along way in taking a young driver’s career to the next level, and Hart fully recognises the implications.

“To win it would be the leap I need for next season, to start me off financially. As it is such an expensive sport, I will need some key sponsors on board with me so I am open to offers and would leave to hear from companies wishing to join this winning team.”

The world of Motorsport has a treasured place in the Hart family folklore. Max was not the first member of his family to take to the track in a Motorsport car. Instead, it was previous generations of his family that inspired him to earn a place on the grid.

“Motorsport has always had a place at home. My grandfathers raced, as did my uncle in the 70’s and 80’s. After dipping a toe into karting at a young age, when I finally turned 16, my dad and I looked in earnest at what the options were to race and we came up with Formula Vee.”

The 2019 season has been a groundbreaking one for Hart for many reasons. However, the highlight of his young driving career came at the Castle Combe circuit with his first P1 finish. It was the precious family moment that assured Hart of his victory that made it all the more sweeter

“My first P1 in Castle Combe earlier this season is my best memory in the sport to date. I knew I had drove my socks off and coming to the final straight I wasn’t sure if I had actually win until I saw my dad and my team boss Paul running up the pit lane and I knew then I had it in the bag. It was an amazing day!”

Silverstone in the United Kingdom is regarded as one of the world’s most iconic Motorsport tracks. The circuit has been graced by many great Motorsport champions in decades gone by and has been colloquially pronounced as Lewis Hamilton’s home track in the world of Formula One.

One would believe that it would be acceptable for a young driver to experience nerves of the occasion when they take to such a world famous track at such a young age. However, this didn’t matter to Hart as he followed up his P1 at Castle Combe, with another top spot finish here, following in the footsteps of legends in the ilk of Hamilton, Schumacher, Mansell and Vettel to name just a few, in crossing the finishing line first.

Hart isn’t finished with Silverstone, though. The 18 year old has his sights set on many more of the worlds iconic racing tracks, highlighting one picturesque track that sits firmly at the summit of his bucket list.

“Standing on the top step of the podium at Silverstone was pretty cool I have to admit. It was an iconic win,” expressed Hart.

“There are so many tracks I want to race on worldwide, but recently I walked the track of Monaco, and I definitely want to race that one!”

While on the topic of legendary tracks and drivers, British Formula One driver Lewis Hamilton recently claimed his sixth World Drivers Championship title with a podium finish in the United States Grand Prix.

This places Hamilton on the periphery of officially becoming the greatest driver in history, as he is now only one world crown off the record of seven currently being held by Michael Schumacher.

Hart has lofty ambitions for the future, describing Hamilton’s success as “cool”. However, the young driver doesn’t come without concerns for the future of the competitiveness in the sport. following the announcement that F1 seeks to be carbon free by 2030.

“That is pretty cool for Hamilton, fair play to him! I am not really sure on the shape of the future for F1.

“It’s good to see that those in charge are aware of the impact of carbon footprint, but I feel that the calibre of racing may be compromised in the future as a result,” explained Hart.

At such a young age, all attention is naturally shifted forward in the direction of the future for Hart. Full of confidence and love for what he does, Hart only has one distinct goal in Motorsport.

“I want to make it to the top. Whether it be Formula 1, Indycar or LeMans, I want to be the best,” concluded Hart.