Made in Wicklow: The Legend of Snowy – The 60ft Inflatable Snowman 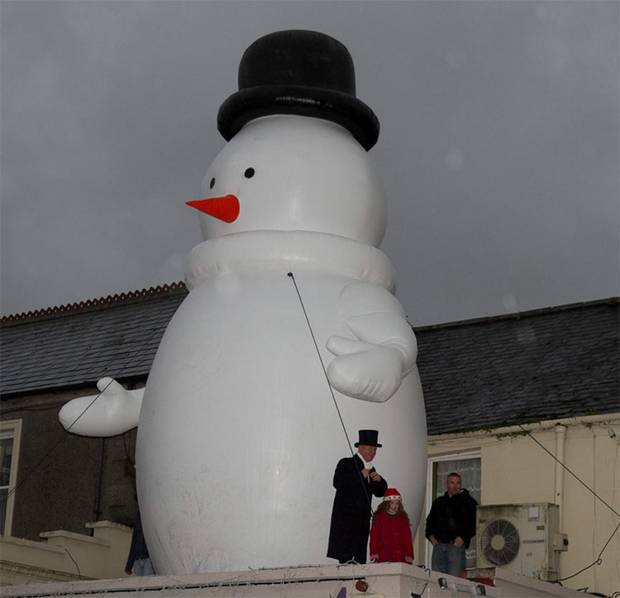 Ah. Christmas. A time of joy. A time of celebration. A time to rejoice on the good old days with relatives near and afar.

As we get set to switch on the Christmas lights around Wicklow this weekend, we cast our minds back to Christmas 2012 in Wicklow Town and there is one mystery that was never truly solved – What actually happened to Snowy the 60FT Snowman?

For those who’s memories are slightly clouded at this hectic time of year, Snowy was indeed a ginormous snowman, who was presented to the world during the switching on of the Christmas lights in Wicklow Town in November 2012.

He sat proudly atop of the old Computer Shop, now estates agents, next to Butler’s Medical Hall on Abbey Street in Wicklow Town.

It would be an understatement in saying Snowy captured the hearts of the Wicklow Town people. The children titled their necks to the sky in glee and adults also appreciated the presence of this giant snowman being the watchdog of the town from such a height.

However, just days later a noticeable absence was felt in downtown Wicklow. Something was astray.

In fairness, it wouldn’t be difficult to notice a 60ft snowman was missing from a rooftop in a prominent town centre street, would it.

With this, Snowy was reported missing and the internet entered hysteria. People were sharing statuses on Facebook, retweeting pictures of Snowy and telling anyone that would listen to them about their town’s resident 60ft snowman being missing in action.

All of a sudden, Snowy found himself becoming an internet sensation. National media picked up the story and Snowy was appearing in major publications like The Irish Independent and all tabloid newspapers.

For weeks on end, the people of Wicklow were teased with photoshopped images of snowy in various locations around the world.

These locations varied from sunny paradises,the pyramids, the West End in London, The Late Late Show and so many more obscure situations you wouldn’t be likely to find a giant snowman in.

Following weeks of anguish, Snowy reappeared in town, returning deflated with a sorry note beside the Santa sleigh decoration beside the monument in Fitzwilliam Square.

No one knew where Snowy had been for the few weeks – Did he go on an exotic holiday to the sun? Doubtful as snowmen tend to melt in warm conditions.. Besides – He is a snowman, his services are only required for a few weeks in the year!

Did he just go for a few seasonal drinks with friends? That could certainly deflate one’s wallet, but it was Snowy himself who was deflated.

It is a mystery not even Inspector Clouseau in his prime could solve.

People feared the worst for Snowy – Just how could a deflated snowman ever return from such an adventure.

But like all great Christmas stories – This one did indeed have a happy ending… Kinda.

In a miracle on 34th street (or in this case Abbey Street) Snowy picked himself up (or inflated himself) and managed to climb his way back up to his home – the rooftop of what was then a local computer store!

Unfortunately, Snowy’s appearances in Wicklow Town would become sporadic due to strong winds that are part and parcel of wintertime in Ireland.

The now nationwide sensational giant inflatable snowman was reduced to cameo appearances only, but perhaps this made his presence over Wicklow Town feel that more special when he did appear in public.

It has been a few years since Snowy was last seen – suggesting he has indeed settled into full time retirement.

However, he will always be fondly remembered for capturing the hearts of not just Wicklow Town, but the entire nation during Christmas 2012.

And who knows – Maybe one day Snowy might make his triumphant return to his rooftop home in Fitzwilliam Square Wicklow Towm. 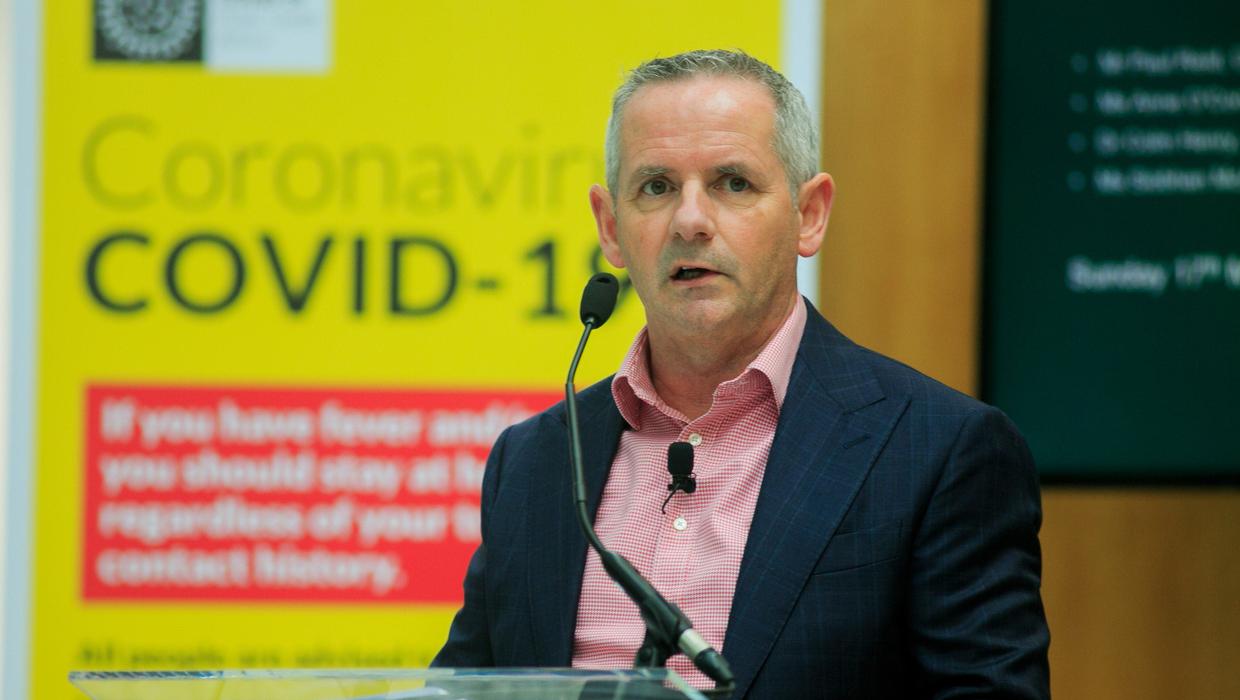