The St.Mary’s college 2nd year student described it as a “Dream Come True” and will get to perform twice on the night.

Bri-Elle’s music teacher Deirdre Masterson sent a clip to RTE and she was called for a audition back in October. Rehearsals have been taking place for the last three Sunday’s and the last couple of days.

As well as singing on Friday night, she will also be dancing in the finale.

No stranger to the music scene, she released a CD single last year with the proceeds going to the Arklow RNLI, she will also open for Eurovision winners Bucks Fizz when they play in the Amber Springs Hotel, Gorey next month. 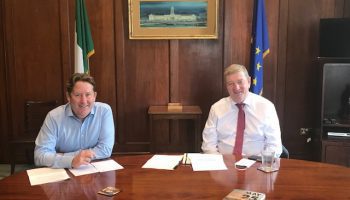 New Tourism Brand for Arklow as ‘Visit Arklow’ is launched

No Swim notice lifted at the Cove in Arklow