Wicklow lakes and rivers among those littered according to DCU study 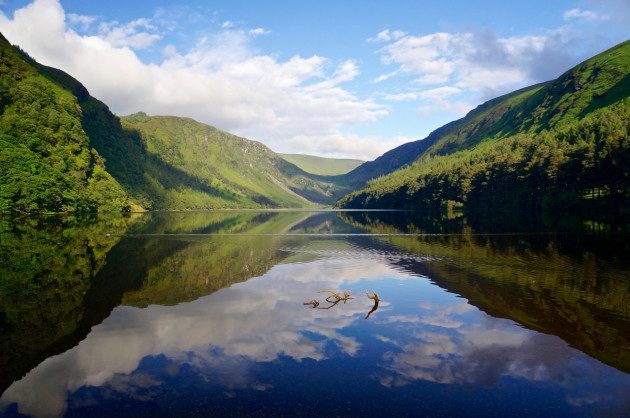 Wicklow rivers and lakes failed to be classified as clean as over one third of Irish rivers and lakes were deemed to be littered, according to Dublin City University’s initial WaterBlitz study.

Despite its natural beauty, Glendalough Upper Lake was deemed to be among the one third of 373 Irish waterways surveyed that were found to be littered.

Other key facts and findings from the preliminary study include;

Project Lead Dr Susan Hegarty commented – “We were delighted that there was such a huge response to our first WaterBlitz and we want to thank all of our citizen scientists for getting involved.

“We’ve seen in the last week how fragile our water ecosystem is, with over 600,000 people in Dublin, Meath and Kildare having to boil their water due to a plant malfunction, while others around Knock airport have a boil water notice due to the bacteria cryptosporidium being found in the public water supply – indicating the supply is contaminated with animal or human waste.

“We’ve seen from the preliminary results of the WaterBlitz, in addition to pollutants such is nutrient nitrates and phosphates, litter is a big problem in our water bodies, with over one third of locations surveyed littered.  Plastic in particular is incredibly problematic, as it breaks down into microplastics that enter the food chain.

“We hope that we will be able to build year on year on the work carried out in the WaterBlitz to establish a more complete picture of the health of Ireland’s water bodies and how they are faring over time.” concluded Hegarty.

A second, more in-depth and comprehensive report on the data obtained through the WaterBlitz will be released in mid-December.