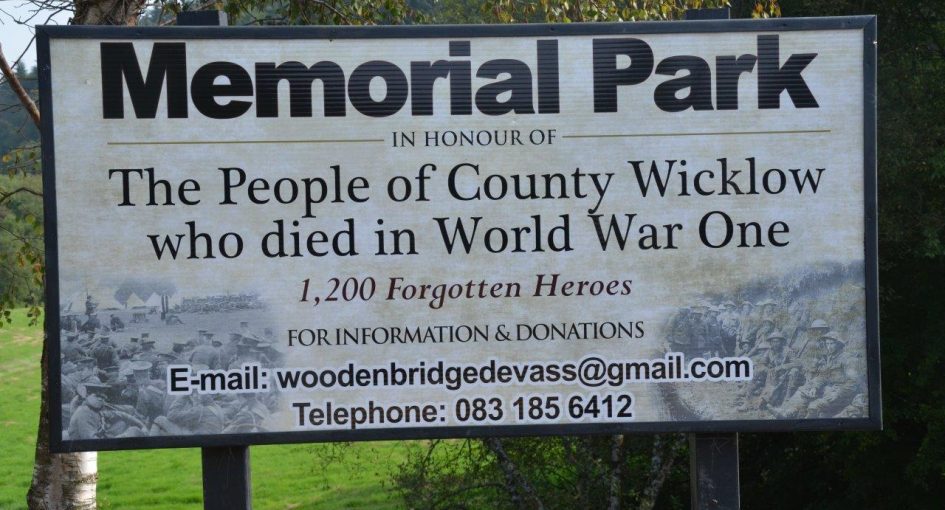 Over 1000 Wicklow men who lost their lives during World War I were remembered in a commemorative ceremony at the Woodenbridge World War I Memorial Park over the weekend.

The annual service is held in memory of the 1192 men from the garden county who lost their lives during the First World War.

It was attended by German Ambassador to Ireland Deike Potzel, who was the principal speaker, also taking part in the wreath-laying ceremony.

Military re-enactor David Owens, wearing a German uniform from the Great War, was also in attendance.

The service was held for the annual Armistice Day commemoration.