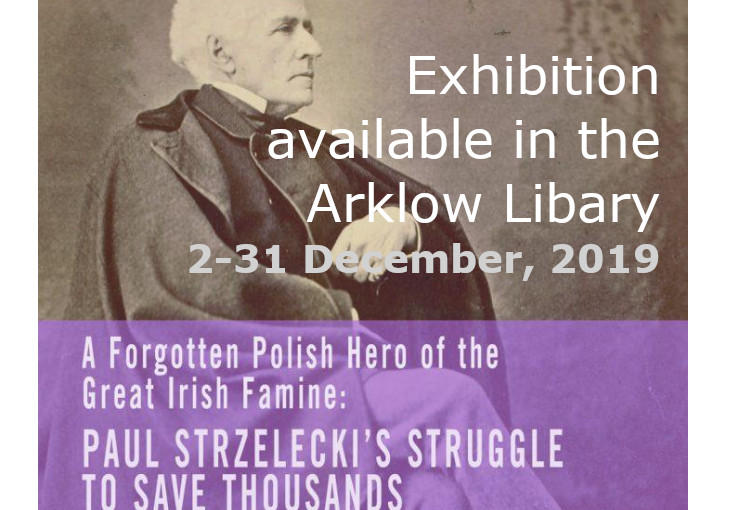 The Polish-Irish Educational Education will be launching an exhibition dedicated to Paul Strzelecki, who saved thousands of Irish kids during the famine, in Arklow Library on the 7th of December at 3pm .

This exhibition is a flagship initiative of the Polish Embassy in Dublin dating back to 2016 when the then Ambassador Mr. Ryszard Sarkowicz advocated the idea to commemorate the service of Count Paweł Strzelecki to Ireland. Ms Galia Chimiak and Ms Nikola Sękowska-Moroney, public diplomacy coordinators at the Embassy and curators of the exhibition, were instrumental in raising funds and undertaking basic research to start kick the project.

They identified and contacted the academics (Prof. Peter Gray and Assoc. Prof. Emily Mark-FitzGerald) and designer Ger Garland involved in the development of the exhibition.

The exhibition will be officially opened by the Polish Ambassador to Ireland Anna Sochańska. The launch will be also accompanied by Polish food tasting, music and a short lecture about the famine in Ireland provided by Arklow historian Jim Rees.

The exhibition will be available in the library until December 31.