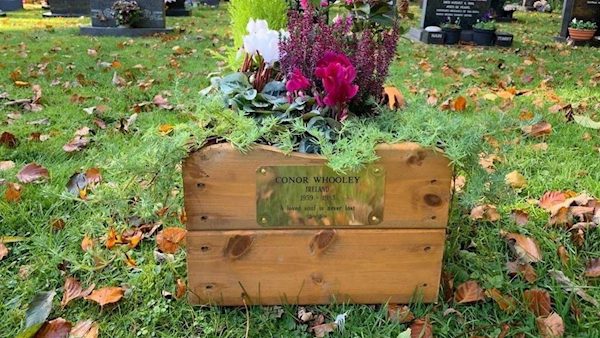 The body of Greystones born Conor Whooley was identified in a grave in a Welsh cemetery 36 years after his disappearance.

Whooley, who was residing in Rathmines Dublin at the time, disappeared at the age of 24 in August 1983.

The discovery of Conor’s body came after his mother and brother Sean both provided DNA samples to aid with investigations taking place on both sides of the Irish Sea.

They had been encouraged to do so after watching RTE’s Crimecall two years earlier when Gardaí made an appeal to families of long term missing people to provide DNA samples, which could be compared with unidentified bodies across Ireland and Britain.

After much testing, it was discovered that the body, which has laid unidentified in Menai Bridge Cemetery for 36 years, was Conor Whooley’s.

Conor’s brother Sean said – “This has really come as a bolt from the blue. For the first four or five years that Conor was missing we were hoping for a call, but 36 years later to get this news, it really came out of the blue.

“Conor is one of a family of seven, he’s the third eldest. Our father passed away in 2015 still wondering what happened to Conor. Our mother is still hale and hearty, and it was she who gave DNA after seeing a report on RTÉ.

“It took two years from giving that sample to get this news. It is good that we finally know what happened to Conor.”