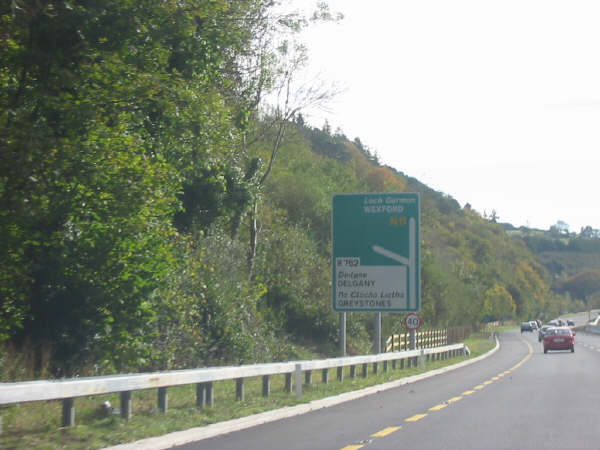 Wicklow Sinn Féin TD John Brady has said that figures received from the Gardai show that 24 accidents have taken place in the Glen of the Downs since January 2018. He has called for immediate emergency safety work to take place to address the serious safety issues that exist in the area.

Deputy Brady said “Over the last 2 years I have been in contact with many people who have had accidents in the Glen of the Downs. I recently received a report from the Gardaí that outlines that since January last year there have been 24 reported accidents in the Glen of the Downs, 13 of those reported accidents took place this year alone. I have also spoken to a number of motorists who have lost control of their vehicles when they hit water that runs across the road in the Glen but managed to regain control before they crashed.”

“There is clearly a serious problem in the Glen of the Downs with drainage and immediate action needs to be taken to address the accident blackspot.

Deputy Brady continued “Over the last 2 years I have been raising these serious problems with Transport Infrastructure Ireland and unfortunately nothing has happened to address the issue. Obviously, the primary concern is the safety of the motorists, there is also the issue of when an accident happens the entire N11 comes to a standstill.”

Deputy Brady concluded “I have been told that addressing the drainage issue would be looked at as part of the N11/M11 Improvement Scheme; however, that is not expected to commence until 2027 at the earliest. The reason I have been given is that a permission would be needed to go ahead and carry out the works and that it could be seen as project splitting. Road safety cannot be put on the long finger. Immediate action must be taken by Transport Infrastructure Ireland to deal with this accident black spot.”