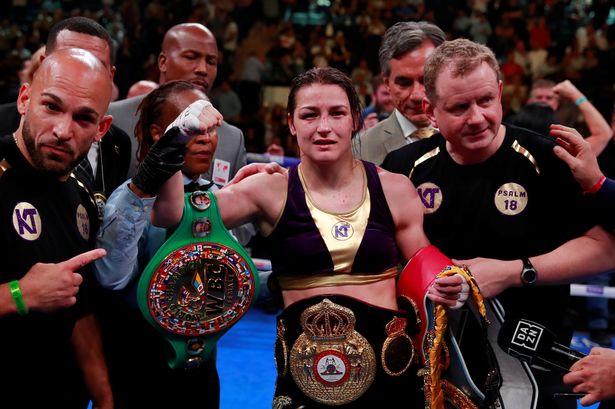 Wicklow’s Katie Taylor has been named Female Fighter of the Year for 2019 by the Boxing Writers’ Association of America.

The award comes after the former Olympic and Amateur World Champion become only the seventh fighter to hold all four major world titles in boxing, WBA, WBC, IBF and WBO.

Taylor became the undisputed lightweight champion when she defeated Delfine Persoon at Madison Square Gardens in June, before then going on to become a two-weight world champion last month.