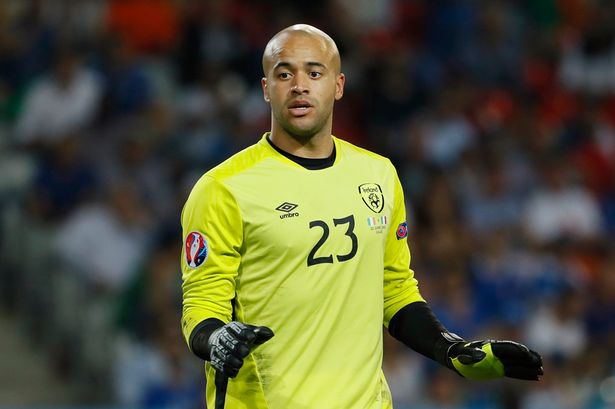 Republic of Ireland international goalkeeper and Bray native Darren Randolph looks set for a return to the top flight of English football with his old club West Ham reportedly seeking to regain his services.

The 32 year old is currently playing for Championship outfit Middlesbrough, who currently sit fifth from bottom with just four wins from 22 league games.

Boro manager Jonathan Woodgate stated that “linked” was the right word to use.

Randolph has been sidelined with a thigh injury since last month.