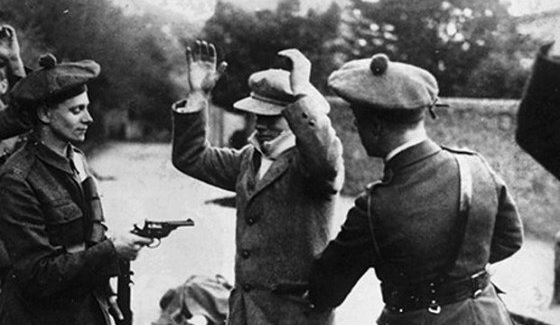 Wicklow Sinn Féin TD John Brady has said that deferring the government’s planned commemoration of the Royal Irish Constabulary is a step in the right direction, but it’s not enough. This event needs to be cancelled.

Deputy Brady said “Over the past number of days we have gotten a flavour of the extent of Fine Gael’s revisionism, during which they have repeatedly defended their decision to commemorate the DMP and the RIC.

“These forces were part of the British apparatus of occupation and acted to suppress the democratic demand for independence as expressed overwhelming by the people in the 1918 General Election. The Royal Irish Constabulary and Dublin Metropolitan Police were not merely police forces – as the Government seems to think – they had a specific role in upholding what was oftentimes martial law and suppressing the will of the Irish people for self-determination and national independence.

“What he, the Taoiseach and the government have conveniently chosen to ignore is that the Black and Tans – or the Royal Irish Constabulary Special Reserve – and the Auxiliaries were an integral part of the RIC and were actively involved in the British effort to suppress and defeat the Irish freedom struggle. For any Irish government for advocate commemorating these organisations is shameful and it has rightly drawn much criticism.

“It was RIC officers that carried out the summary execution of Séamus O’Brien on 11th February 1920 in the square in Rathdrum, and it was the Black and Tans and Auxiliaries that burned towns and villages and terrorised ordinary people the length and breadth of the country.

“Deferral of this planned commemoration is a step in the right direction, but it’s not enough. This event needs to be cancelled.”

Deputy Brady concluded “On the Sunday 9th February Wicklow Sinn Féin will hold a commemoration in Rathdrum to mark the 100th anniversary of the murder Séamus O’Brien by the RIC. Séamus was a true patriot who fought in Enniscorthy during Easter week 1916 and was subsequently interned in Frongoch in Wales. It is people like Séamus that we should be remembering and commemorating not those who tried to suppress the Republic that was declared in 1916.”