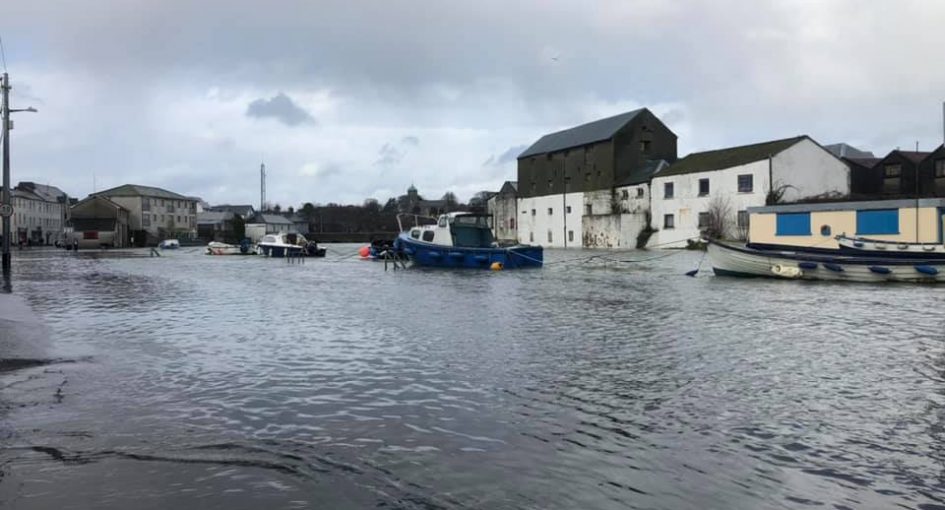 Following a wicked weekend of wind and rain MET Eireann say the weather shows no sign of letting up.

A wind warning remains in effect until 8pm on Monday night,

Storm Ciara will continue to produce very strong west to southwest winds over Ireland with mean speeds of 50-65km/h and gusts generally of between 90 and 110km/h, higher in Atlantic coastal areas.

A combination of Spring Tides and high seas will result in a significant risk of coastal flooding.

A Snow and Ice Yellow warning which came into effect at midnight will remain in place until midnight on Tuesday.

Widespread wintry showers on Monday and Tuesday with some snowfall accumulations, especially in the west and north. Some disruption to travel is possible, particularly over higher routes.

Motorists are being advised to use caution while the RNLI are reminding members of the public to keep away from Coastal areas such as piers and cliffs, a spokesperson for the RNLI said “It was very disappointing to see members of the public walking along the pier area in Arklow on Sunday at the height of the storm, they don’t realise the danger they are putting themselves in, despite the warnings”.