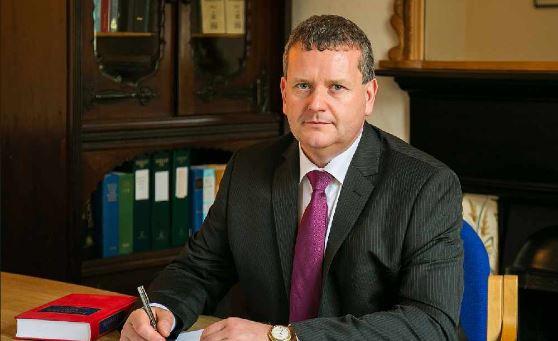 Arklow solicitor Donal O Sullivan has said he is feeling perfect after recovering from COVID-19.

Donal, who works at O’Sullivan Hogan Solicitors in Arklow picked up the virus after going on a skiing holiday in Italy. Speaking to Declan Meehan on the East Coast FM Morning Show, Donal explained he was a-symptomatic throughout the entire illness and only insisted on being tested when a nurse from his skiing group tested positive upon returning to Ireland.

“I contacted the HSE, they weren’t willing to test me, but I insisted on getting tested… I was in a group of 18 people and 7 of us were diagnosed with the virus… At the time we were in the containment phase so there was hospitalised isolation and stuff like that for us.” He said

Donal his spent 7 days in isolation in The Mater Hospital before returning home and undergoing 7 further days of self-isolation. Following the two weeks of quarantine, Donal received a certificate from the HSE stating that he’s completely free of the virus and non-infectious.

Despite having gone through the illness, Donal says the biggest threat he had with the condition was in fact the speculation and accusations being directed towards his family. Many of Donal’s family members were referenced in misinformation spread through social media platforms such as Facebook and WhatsApp. Donal says the public need to stop and think before spreading rumours about people who may be infected.

The illness has meant that Donal had to spend his 62nd birthday in hospital but he has now completely recovered from the virus and plans to reopen his practise on Monday. As a precaution, his entire practise has had to go into isolation and Donal will be the first returning to work.

Having had the experience of recovering from the virus, Donal now wants to offer his help to anyone who has been diagnosed and would like some advice. “My email address is donal@osullivanhogan.ie. If there’s anything I can do to help if there’s any advice I can give them I’ll happily do so.”